Caroline Kangogo’s father dismisses claims that she was killed 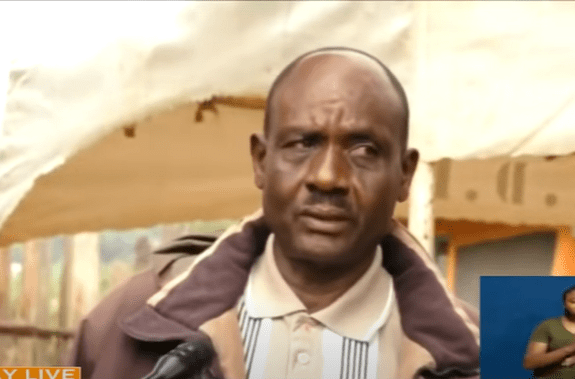 Suspected serial killer Caroline Kangogo’s father, Barnaba Kibor, maintains that his daughter took her own life, contrary to claims that she may have been murdered.

The family now says it will not honour her cremation wishes but will instead bury her on Saturday, July 24, 2021.

At their Iten home in Elgeyo Marakwet, family, neighbours and just curious residents mill around to make sense of the circumstances surrounding the death of Kangogo since her body was found in a pool of blood in their bathroom on Friday, July 16.

Police have since claimed that her death, by a single gunshot wound, was apparent suicide. Barnaba Kibor, her father, a retired police officer, confirms the same.

According to Kibor, Kangogo had been dropped home the previous night at 10pm by a boda boda rider.

Kibor further masks his private pain over a public matter that has become a subject of intense debate.

He adds that even though in the family’s initial account, no gunshot was heard, Kangogo had locked herself inside the bathroom, and that it would have been impossible for her body to be brought in in the event of a murder.

He also says the handset Kangogo had was taken by the police and that he cannot ascertain if the messages claimed to have been written by her circulating on social media were indeed hers.

As the family comes to terms with the tragedy, Kibor maintains that Kangogo is still innocent until proven guilty. For now, giving her a send-off is their immediate priority.