Caroline Karugu set to be sworn in as Nyeri deputy governor 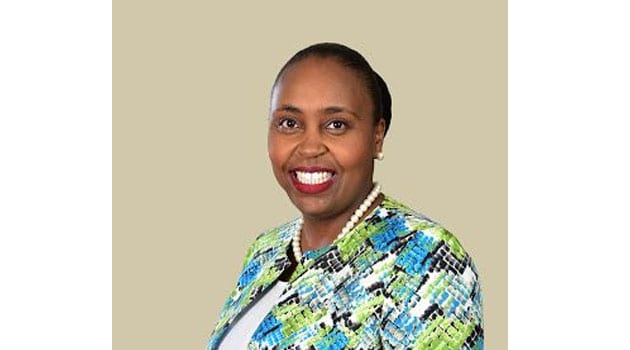 The Nyeri County Assembly on Wednesday approved the nomination of Caroline Wanjiru Karugu as Nyeri Deputy Governor, paving the way for her swearing in.

Ms. Karugu’s name was forwarded to the Assembly for vetting and approval by Nyeri Governor Mutahi Kahiga and on Wednesday, the committee on appointments tabled its report seeking its adoption.

A simple majority was enough to adopt the report and the name will now be submitted to the Governor for the swearing in.

The position fell vacant in November 2017 after Mr. Kahiga took over as Nyeri Governor following the death of former Governor Dr. Wahome Gakuru.

According to Majority Leader James kanyugo, who moved a motion seeking the approval of the deputy governor nominee, Ms. Karugu was best suited to deputise Mr. Kahiga as she is young, therefore, would address the needs of the youth who make the bulk of the county’s population.

The majority leader further noted that there was need to approve the name as women in the county would also identify with her.

However, Mukurwe-ini West MCA Atanasio Wakabaire, while opposing the motion, claimed Ms. Karugu is not conversant with the needs of the Nyeri residents.

Opinion was divided in the hotly-debated motion with Karatina Ward MCA Watson Weru being forced to withdraw and apologise after he alleged that some members had been bribed to approve Ms. Karugu’s nomination.

He also claimed that he had been threatened with the loss of his seat as deputy speaker if he did not support the nominee. Kariuki further alleged that mobile phones of some members had been tapped.

Nominated MCA Beth Nyawira, in support of the motion, said there are members who were deliberately fighting women leadership.