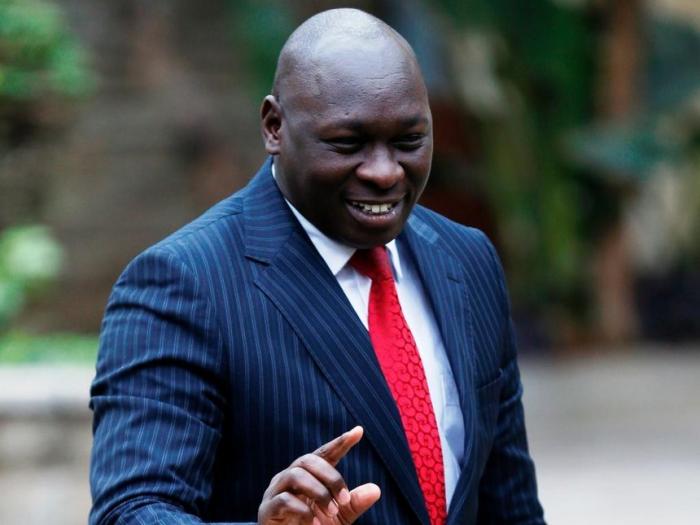 Cherangany Member of Parliament Joshua Kutuny now claims that maize cartels are running the Agriculture Ministry and are behind the mix up in the buying price of maize by the government.

This comes after Agriculture PS Hamadi Boga denied claims that the government had revised the price it would buy maize from farmers to Ksh.3000 from Ksh.2300.

“My attention has been drawn to a story (by Otiato Guguyu) in today’s (December 18) The Standard Newspaper which quotes me as ‘settling’ the debate between Government, farmers and politicians. The author of the article did not write it with the best intention for Kenyan farmers,” the statement from the PS read.

The Cherangany MP, speaking in Saiwa, accused cartels for the mix up accusing Mr. Boga of having announced the new prices only for him to deny his own report.

The PS rubbished the media article terming it “grossly malicious” saying it was “riddled with misstatements and misrepresentations.”

He said the Cabinet had already agreed on the Ksh.2,300 price and as a Permanent Secretary he has no powers to change such a decision.

Kutuny said the government had failed to face the reality and pay farmers their dues and now the issue has been left to cartels to run the show in the ministry.