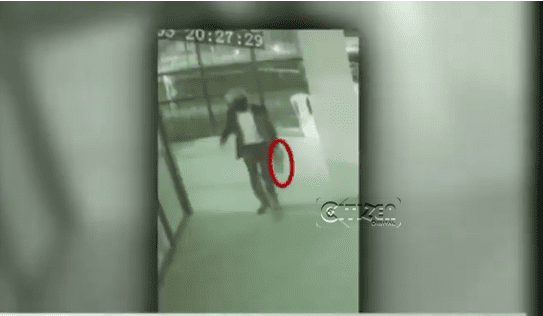 Detectives are pursuing a suspected arsonist who set high-end vehicles on fire at Malik Heights complex in Nairobi on Monday night.

The man identified as Abdirzak Yusuf Adow was captured on cctv committing the atrocity, destroying luxury vehicles worth Ksh.600 million and several offices within the building.

CCTV footage shows the suspect walking wearing a helmet to hide his identity at 8.30pm.

He approaches the car yard carrying a jerican believed to have contained fuel and sets ablaze a 2018 Prado v8 before taking off.

The explosion and subsequent fire spread out quickly and in three hours a disaster of unimagined proportion.

Detectives have now identified the arsonist as 31-year-old Yusuf Adow  born in Mandera and a former broker linked to Alhusnain motors, the owner of Malik Heights who suffered the biggest blow in the arson attack.

It is believed Yusuf was bitter with the business at the building where he was a broker.

Fresh details have now emerged that the 78 vehicles were not insured with the building suffering yet another security lapse of lacking a fire suppression system and smoke detectors that would have helped quell the severity of the fire that took fire fighters more than three hours to contain.

The charred remains of high-end cars that were housed at the complex shows the extent of the loss.

Majority of the vehicles that went up the flames include the latest models of Lexus, Toyota and Mercedez Benz.

Many of the tenants there are still grappling with the far reaching effects of Monday night arson.