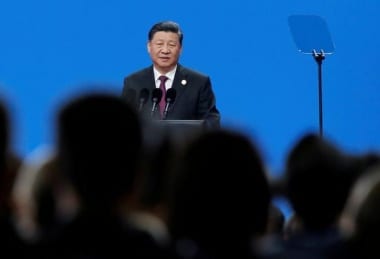 France has arrested a Chad rebel leader along with two other people for alleged crimes against humanity, the Paris prosecutor’s office said on Monday.

General Mahamat Nouri, who served as a minister under former President Hissene Habre and current President Idriss Deby, joined the armed opposition against Deby in 2006.

Nouri founded the Union of Forces for Democracy and Development (UFDD) rebel coalition. He sought exile in France in 2010 after he was expelled from Sudan, where he had fled following a failed coup against Deby in 2008.

The Paris prosecutors office said in a statement to Reuters that it had investigated Nouri over “acts committed in Chad and in Sudan between 2005 and 2010”, but provided no further details.

A collection of rebel groups, several of them based across the northern border in Libya, has repeatedly challenged Deby’s rule, unnerving Western powers who see him as a bulwark in West Africa’s turbulent Sahel region against Islamist militants.

In February, former colonial power France bombed Chadian rebels from the Union of Forces of Resistance (UFR) on Deby’s request to stop an advance from southern Libya.

France also intervened in 2008 to stop UFDD and UFR rebels from toppling Deby, who came to power in 1990 at the head of an armed rebellion against Habre.

International observers have accused Deby of cracking down on his opponents and questioned the fairness of elections that have kept him in office for three decades.

Last year Deby oversaw a reform of the constitution that consolidated his powers and would allow him to stay in power until 2033.