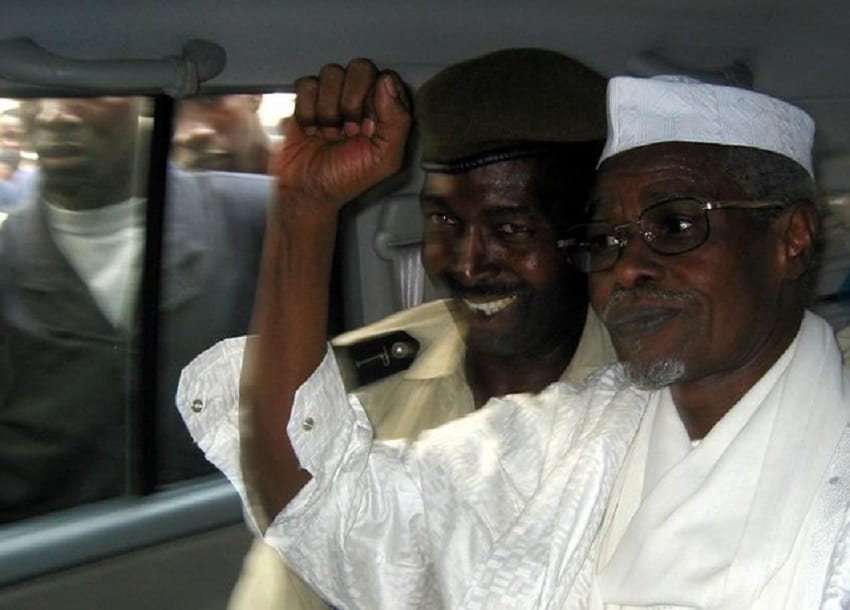 Now a court in Senegal has convicted Chad’s former dictator of crimes against humanity to the applause of global justice advocates, could a pan-African court try a sitting African leader who violates human rights?

Not so fast, judicial and rights experts say.

Hissene Habre was sentenced to life in prison on Monday in a case lawyers said marks a milestone on the road to African justice. It was the first time in modern history that one country’s domestic courts have prosecuted the former leader of another country on rights charges. Other such cases have been tried by international tribunals.

The African Union is now acting to set up its own permanent court for offences including human rights abuses and war crimes.

The African Court of Justice and Human and Peoples Rights in Arusha, Tanzania would give the continent an alternative judicial venue to the International Criminal Court (ICC) in the Hague, a body some African leaders criticise for indicting only Africans to date.

But the AU protocol adopted in 2014 grants immunity to heads of state and senior officials while in office, so it would not be able to prosecute a sitting African leader for a major crime.

“The sad thing is that what African leaders want is a court where they and senior officials (continue) to enjoy impunity,” said Maina Kiai, the U.N. special envoy on rights to freedom of peaceful assembly and a prominent African human rights advocate.

“A significant amount of atrocities in Africa are committed by those in power, so any court that gives immunity to leaders and officials will not be a step forward,” he told Reuters.

It is a concern shared by ICC chief prosecutor Fatou Bensouda, of Gambia, who welcomed the Habre verdict and moves towards the AU court but is worried about the immunity clauses.

“I think this is a setback for trying to hold people who are in power (to account),” she told Reuters.

The AU court aims to resolve a thorny question: how to stage credible trials for major crimes in states with weak legal systems, like Chad, where trying Habre would have been delicate.

Following the 1994 genocide, the United Nations set up the International Criminal Tribunal for Rwanda. Former presidents of Ivory Coast and Liberia have also faced justice before the ICC.

Some African leaders have threatened to withdraw from the Rome Statute that underpins the ICC, arguing that the Hague in effect dispenses “white man’s justice” on Africans.

The ICC prosecution of Kenyan President Uhuru Kenyatta on charges of fomenting violence at the 2007 elections collapsed last year, and it declared a mistrial in May in a similar case against the deputy president.

South Africa last June defied an order to arrest Sudanese President Omar Hassan al-Bashir, wanted in the ICC on genocide charges, during a trip for an African Union summit.

And Ivory Coast refused to extradite Simone Gbagbo, wife of a former president, to the ICC. Authorities put her on trial her at home this week, disregarding supporters and some rights groups who say the proceeding is political.

The AU is hoping to set up a hybrid court by next year to prosecute offences committed in South Sudan in what would be another step forward, according to Adewale Iyanda, a senior legal officer at the AU commission in Addis Ababa.

Defenders of the Arusha court point out that national constitutions often give incumbent heads of state sovereign immunity, in conflict with the Rome Statute.

The AU court is not yet on its feet, however. Nine states have signed up for it but it has yet to receive any of the 15 ratifications it needs to operate fully, Iyanda said.

The acid test will be whether it can bring prosecutions and focus investigations on governments, as opposed to abuses committed by rebel groups, and whether it can act independently of political constraints, experts said.

“If you look at the way the African Union has handled the Sudan case and then the Kenya case I’m not sure that the African court would be … free from political influence,” said Emile Short, a Ghanaian former judge with the U.N.’s Rwanda tribunal.

Some African legal experts foresee another problem. Presidents linked to crimes might cling to power knowing they are shielded from prosecution as long as they remain in office.

Even so, the Habre ruling shows it is a mistake to play down the significance of the Arusha body, Short said.

“It’s a sign to other despots and leaders in Africa that they could be held responsible within Africa,” he told Reuters.