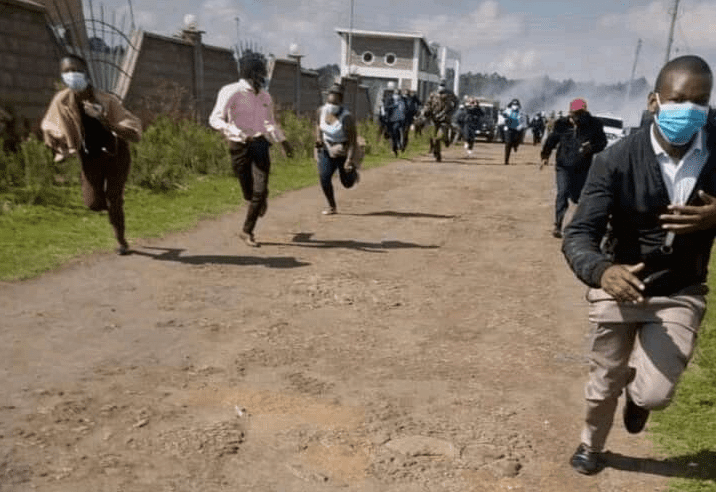 Chaos was on Tuesday morning witnessed at the Nyandarua County Assembly as two rival groups clashed over leadership wrangles.

Embattled Speaker Ndegwa Wahome, who was recently impeached for the third time, was reporting to resume his duties after his reinstatement by the Nakuru High Court in the company of 10 MCAs allied to him.

A section of members of the public also joined in demanding that Governor Francis Kimemia stop using his powers to subvert the rule of law at the assembly.

However, their intentions to access the assembly premises was short-lived after the Wahome-led team was denied entry by the other faction allied to the governor.

Things turned haywire when some of the MCAs who had been locked out made an effort to forcefully gain entry, prompting police officers to use tear gas canisters to disperse the swelling crowd at the gates chanting anti-Kimemia slogans.

Journalists at the scene were not spared either as they too found themselves in the melee while conducted interviews.

The MCAs rallying behind Speaker Wahome had planned to table an impeachment motion against the governor, but their plans appear to have been thwarted for now.