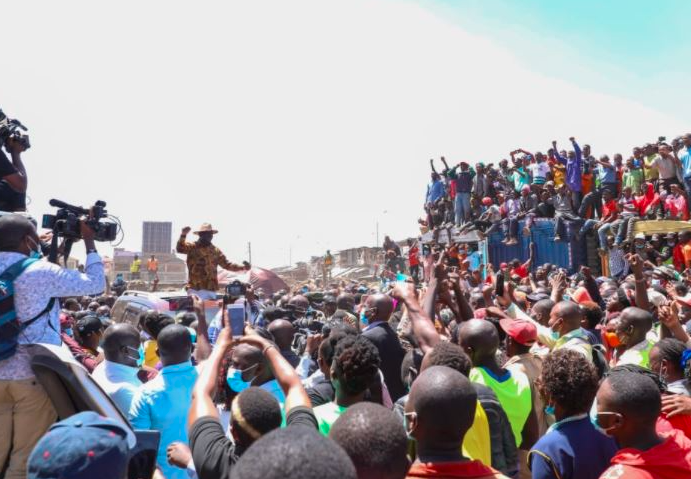 A shouting match between supporters of Raila and Deputy President William Ruto degenerated to physical confrontations prompting the intervention of police who lobbed teargas to separate the fighting groups.

The warring groups began hurling stones at each other, forcing Odinga’s motorcade to speed off from the area.

The ODM leader, who was heading to Murang’a County to mark the start of his BBI campaigns in the Mt. Kenya region, carried on with his address after the intervention of the police.

He urged the youth to support the BBI saying it would transform their lives through creation of institutions like the youth commission.

Proponents of the BBI led by Mr. Odinga are set to intensify campaigns across the country after the IEBC on Tuesday cleared the way for the Building Bridges Initiative (BBI) Bill to move to the county assemblies after ascertaining that the process was supported by at least one million registered voters as required by law.

IEBC Chairperson Wafula Chebukati, in a letter to all 47 county assembly speakers dated January 26, 2021, said the signature verification exercise revealed that the initiative was supported by 1,140,845 registered voters.

This was out of the over 4.4. million signatures that the BBI Secretariat presented to the commission on December 10, 2020.