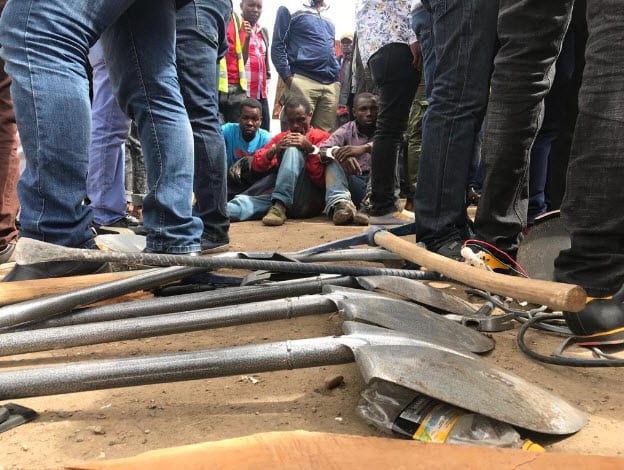 Chaos erupted on Saturday at the City Church in Nairobi’s Buruburu Phase 4 Estate, following a tussle over the parcel of land that also houses a school.

According to the church pastor, the scuffle started when a group of goons armed with machetes and other crude weapons arrived at the church, where school children were learning and started to demolish it.

The goons are reported to have been claiming that they were effecting a court order.

Kinderstar Primary school which is said to have a population of 300 pupils was completely destroyed.

Nairobi Governor Mike Sonko however arrived at the scene moments later, but the goons started hurling stones at him and his convoy.

Security officers at the scene were forced to fire in the air to disperse the rowdy group.

The county boss now claims that a city businessman is behind the demolitions in an attempt to allegedly grab the disputed piece of land.