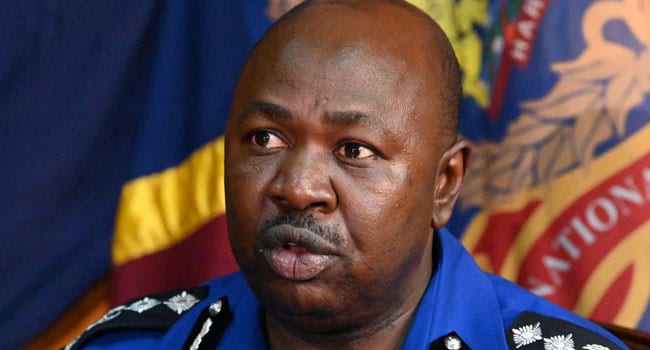 Police spokesperson Charles Owino now says that police officers accused of brutality were ‘probably young and drunk from the little power they have’.

Speaking to NTV’s Ken Mijungu, Owino appeared to defend the police saying that although police officers may have been excessive, they were probably provoked by erratic civilians.

He referenced President Uhuru Kenyatta’s apology over police brutality saying the president had understood what happened.

At the same time, Owino said that police officers accused of brutality are still very young and erratic and can get easily drunk on the little power they wield.

“Some of these police officers are very young, they can easily get drunk with the little power they have and do very wrong things,” he added.

The latest comes in the backdrop of protests after police shot and killed a homeless man in Mathare on Monday evening.

The Independent Policing Oversight Authority (IPOA) says 15 people have been killed and 31 injured since Kenya heightened security measures to curb the spread of the novel Coronavirus.

About 87 complaints which include deaths, shootings, harassment, assaults resulting to serious injuries, robbery, inhuman treatment and sexual assault are currently being investigated by the Authority.

“After preliminary investigations, fifteen (15) deaths and thirty-one (31) incidents where victims sustained injuries have directly been linked to actions of police officers during the curfew enforcement,” reads a statement signed by IPOA chairperson Anne Makori.

Further, IPOA has dispatched Rapid Response teams to establish the circumstances that led to six other fatalities in the latest incidents.

They include two fatalities within Katanin Village, Kabiyet Sub-County, Nandi County on May 29, 2020, the gunning down of a man in Mathare, Nairobi on June 1, 2020, the fatal shooting of three family members in Kwale on May 30, 2020 as well as shooting of a woman at a police roadblock in Emali on May 31, 2020.