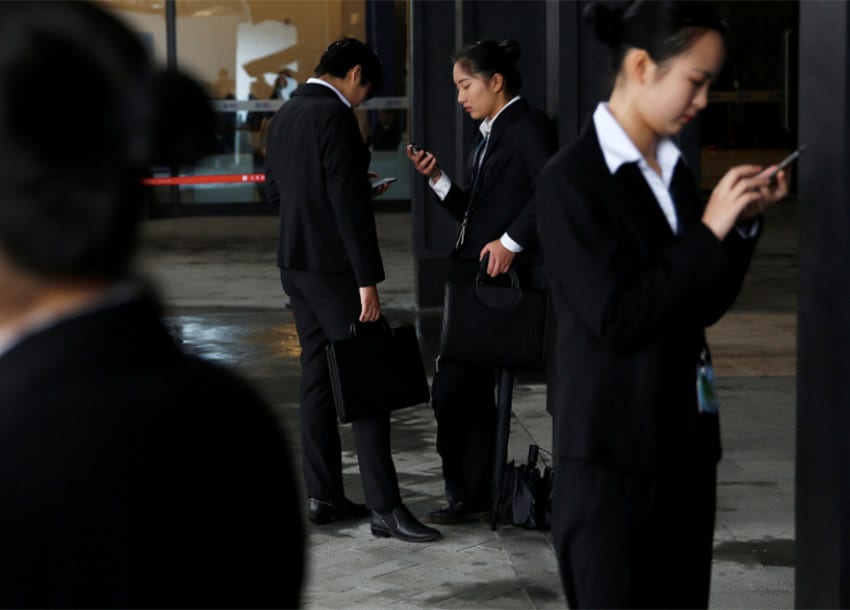 China’s ambitions to tighten up regulation of the Internet have found a second wind in old fears – terrorism and fake news.

Chinese officials and business leaders speaking at the third World Internet Conference held in Wuzhen last week called for more rigid cyber governance, pointing to the ability of militants to organize online and the spread of false news items during the recent U.S. election as signs cyberspace had become dangerous and unwieldy.

Ren Xianling, the vice minister of China’s top internet authority, said on Thursday that the process was akin to “installing brakes on a car before driving on the road”.

Ren, number two at the Cyberspace Administration of China (CAC), recommended using identification systems for netizens who post fake news and rumors, so they could “reward and punish” them.

The comments come as U.S. social networks Facebook Inc and Twitter Inc face a backlash over their role in the spread of false and malicious information generated by users, which some say helped sway the U.S. presidential election in favor of Republican candidate Donald Trump.

Over the last year, China has formalized a series of internet controls, including a controversial cybersecurity law passed earlier this month, rules that overseas business groups say could block foreign firms from the market.

Some fear such controls could, however, hinder the growth and innovation that is boosting Chinese influence in global tech.

The Wuzhen conference, held annually in the picturesque town outside Shanghai, gave a glimpse of China’s tougher new stance; in past years attendees were given unfettered access to websites normally blocked by China’s ‘Great Firewall’, including Google and Facebook, but not this year.

President Xi Jinping addressed the conference in a short video speech on Wednesday, repeating calls to respect “cyber sovereignty” – the imposition of government controls over cyberspace within China’s borders.

Cyber sovereignty is seen as a direct challenge to the U.S.-led view, which encourages non-government stakeholders to take the lead in governing specific internet industries.

“The value of the internet comes from its flexibility,” said Jared Ragland, senior director of policy for the Asia-Pacific region at software lobbyist group BSA.

“We don’t think it would be helpful to start treating it like a public utility that can be walled off behind borders.”

China’s new cyber law, which comes into effect in June next year, has sparked concerns of heavy-handed surveillance and local data storage requirements. China’s internet regulator says the law does not target foreign firms and is designed to mitigate cyber terrorism threats to “critical infrastructure”.

UN officials attending the conference are also currently weighing the possibility of a multilateral cyber-terrorism treaty, though a stalemate over the definition of cyber-terrorism has hampered efforts, a UN officer told Reuters.

On Thursday, Reid Hoffman, chairman and co-founder of LinkedIn Corp, a professional networking site, praised China’s “hustle” and “pragmatism” in a speech on digital globalization. The following day, regulators ruled to block the company’s site in Russia, a country that also champions cyber sovereignty.

China’s top tech firms also rallied behind Beijing at the event, lending support for the recent cybersecurity regulations and pointing to the role of social media in Trump’s election as a cautionary tale in the fight against fake news.

Ma Huateng, the chairman and chief executive of Tencent Holdings Ltd, which oversees China’s most popular social networking app, WeChat, said Trump’s win sent an “alarm” to the global community about the dangers of fake news, a view echoed by other executives at the event.

“(Trump’s popularity) reinforces wariness about how much freedom should be allowed in the use of the internet in China,” says Jingdong Yuan, an associate professor at Sydney University specializing in Asia-Pacific Security.

Controls can have downsides for innovation, however.

Baidu Inc, which held the first public trial of its autonomous cars in Wuzhen, has met with roadblocks due to recent restrictions on autonomous vehicles.

“In China a few months back they just have a new regulation that banned the testing on highways, so we only do it in the streets now,” said Wang Jing, the vice president in charge of Baidu’s autonomous driving unit. “I don’t know why.”

“If you (regulators) want to have this kind of driving in China early on then you’ve got to support us,” said Wang.

(Reporting by Catherine Cadell; Editing by Will Waterman)