Chinese man in racist rant deported as embassy speaks out 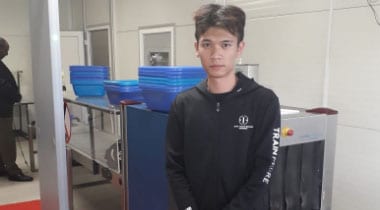 The Chinese man who was caught in a video making racist comments about Kenyans has been deported.

Also Read: Kenyans up in arms over decision to deport Chinese man in slur video

On Thursday afternoon, the Immigration Department confirmed that Sonlink CEO Liu Jiaqi has been flown out of the country.

“The personal talk and personal feeling of this young man does not represent the views of the vast majority of Chinese people.

“The Chinese Embassy always requires the Chinese companies and individuals to abide by the local law, stay and work legally in Kenya, making positive contribution to the friendship and cooperation between China and Kenya,” read part of the statement.

This is not the first time that such a case involving the Chinese has emerged.

In July this year, Kenyan workers employed for the Standard Gauge Railway project alluded to racism and discrimination by their Chinese bosses.

On Thursday, the Immigration Department confirmed the arrest and cancellation of the man’s work permit.

He is reportedly being held at the Jomo Kenyatta International Airport (JKIA) in Nairobi as the State prepares to deport him.

A section of Kenyans however say the deportation is not sufficient and he should have been jailed.

His company Sonlink Limited that sells motorcycles in Ruiru remained closed for the better part of the day.

There are claims that the Chinese man was abusive and arrogant to his employees.

Edward Injanje, who works at a neighbouring firm, alleged that Sonlink has been firing workers on a whim.

A spot check by Citizen Digital revealed that the signage bearing the company logo had been removed even as a security guard who spoke on condition of anonymity said he had left it there the previous day.

Access into the premises was restricted with only accredited persons allowed inside. Huge padlocks were seen at the main gate as customers also stayed away.

Efforts to reach a labour office in Ruiru for a comment remained futile.