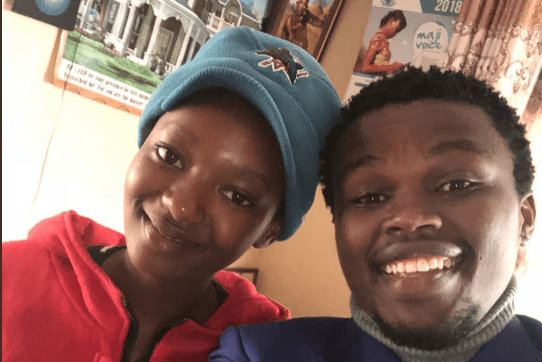 Officials from the National Agency for the Campaign against Drug Abuse (Nacada) on Saturday visited the home of a schoolgirl who was caught on video walking a drunken stupor.

The video went viral on social media earlier this week causing an uproar.

NACADA Director Vincent Muasya aka Chipukeezy condemned underage drinking and sale of alcohol to those who have not attained the legal age.

Muasya, who coordinates youth affairs, said the purpose of the visit to the girl’s home in Karatina was to offer counsel. He urged Kenyans to stop shunning and condemning the teenager.

He was accompanied by CEO Victor Okioma and officials from the Nyeri County Liqour Licensing Board.

They termed the incident that occurred earlier this week as unfortunate but a true reflection of the rot in the society adding that legal action be taken against the person who sold alcohol to the girl.

It is alleged that she got the alcohol from Magunas Supermarket in Karatina town in the company of friends.

NACADA has also said it will engage the girl’s school to help her resume her studies.

According to them, illegal alcohol consumption in Karatina has gone out of hand and control measures should be put in place to curb the vice.