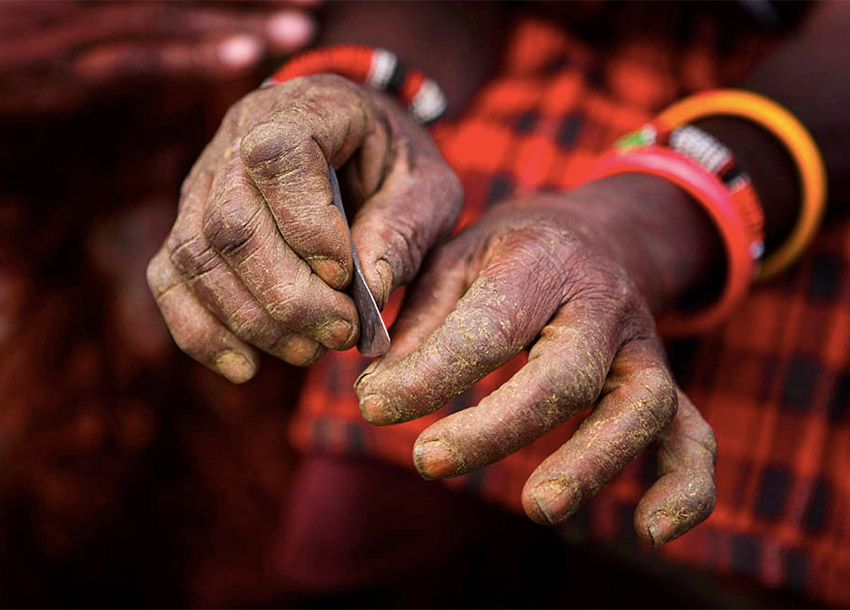 Police in Kuria East Sub County have vowed to take punitive measures against elders and circumcisers in the region who have embarked on a door-to-door forceful traditional cut for both males and females.

The circumcisers and the elders, also known as Wazee wa Kimila, reportedly move door-to-door fishing out the girls and boys who are yet to face the cut and ferrying them forcefully for circumcision at established places.

Speaking to Citizen Digital, Kuria East Sub County Deputy County Commissioner Mr Westly Koech said that so far they have arrested several people linked to the outlawed exercise during their ongoing anti-FGM operations in the region.

On Monday, Mr Koech said they arrested three suspects who were found moving door-to-door harassing the family of the uncircumcised individuals and have put them behind bars.

He said the group of circumcisers and the elders are crisscrossing the sub county on a motorbike looking for uncircumcised people and forcing them to undergo the cut.

The DCC said old men who had been circumcised at health facilities are also being forced to undergo the traditional cut, adding that police on Monday rescued an old man who was being ferried on a motorcycle for circumcision.

Mr Koech has issued a stern warning to the circumcisers and any other person linked to FGM in Kuria or forceful circumcision for men in the region saying that they are not going to spare them in the ongoing crackdown in the region.

He further faulted the victims of such harassment saying that most of them are not willing to come to the station to record statements to enable police to take action. He, however, assured that they are pursuing the suspects.