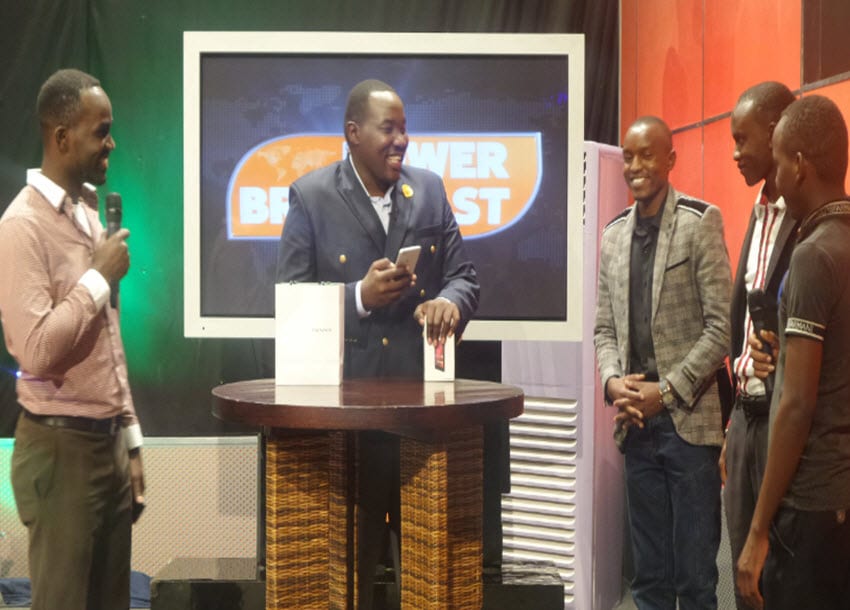 Langat Dominic from Kericho County, Muthengi Duncan from Meru County and Fred Nkoitoi from Narok County walked away with fabulous prizes on Friday, thanks to the ongoing Citizen Digital News App Referral Campaign.

Both Dominic and Fred were able to win brand new mobile phones while Duncan, got to walk away with s cash prize.

“A friend introduced me to the App, and immediately, I started sharing it using my own link,” says Dominic.

Duncan became one of the winners just one week after he joined the contest: “I started sharing the link just a week ago when I came to know about it.”

He, however, thanked all those people that helped him and encouraged him to join the referral campaign.

Surprisingly, Duncan was able to know about the app through Fred who was also today’s winner.

During an exclusive interview with Citizen Digital, the three winners were able to point out that they really enjoy using the app because it keeps them updated around the clock.

“Even if I leave my television screen in the room, I am confident that I will catch all the news on my Citizen Digital App,” said Duncan.

“The App does not get to take a lot of your phone space and it really loads very quickly,” said Fred.

Having reaped the benefits of joining the contest, all the three winners encouraged people to try out the referral campaign as they could be one of the weekly winners.

If you’d like to be one of our weekly #CitizenNewsApp winners, you need to complete the two steps below:

If your friends download the app, you gain points. The top 3 sharers get awarded each week.