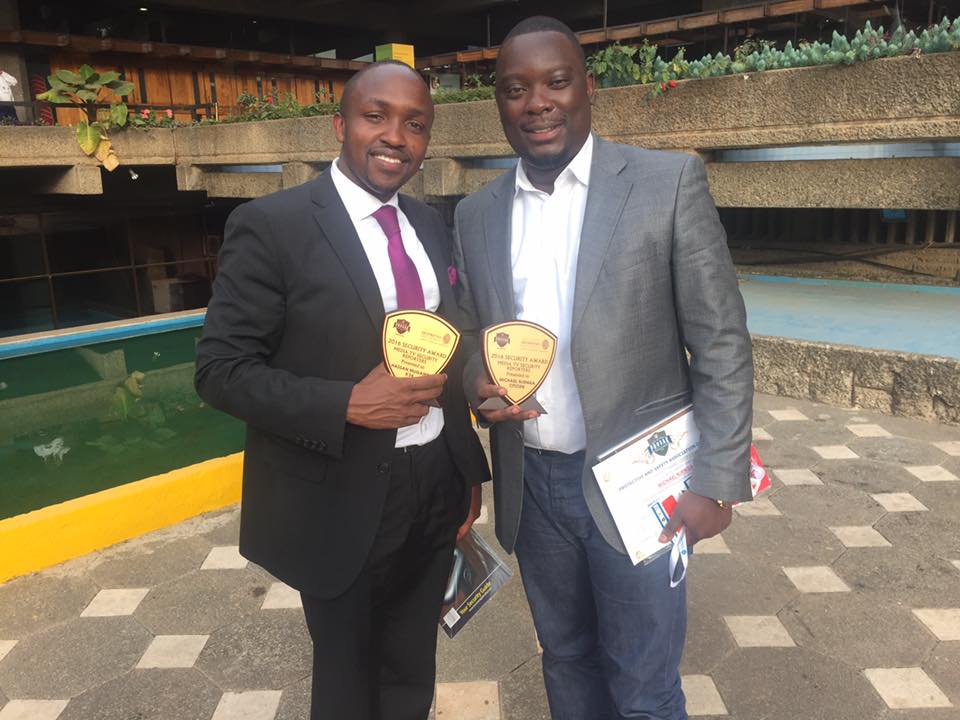 Michael Njenga and Hassan Mugambi of Citizen TV Kenya were on Thursday, September 16, 2016 feted at the first ever awards recognizing outstanding contribution and excellence in security.

The awards ceremony, organised by the Protective and Safety Association of Kenya (PROSAK) and held at the Kenyatta International Convention Centre (KICC), were graced by former Ambassador to Somalia, Yvonne Khamati.

Hassan Mugambi walked away with the Best TV Security Media Reporting for his category.

According to Delano Kiilu Longwe, the Secretary General for PROSAK, the awards were organised to honour steadfast individuals who had achieved much in the security department. Their main agenda was to appreciate the challenges facing security in Kenya, and it also offered a platform to criticize the newly signed securities act.

The event saw military, police and private security firms engage each other, offering security solutions to steer the country towards national cohesion.

Others who were feted include: Pius Mwati Maasai, who took home the National Disaster Management Award and County Commandant, Trans Nzoia County, Lilian Okembo for the Kenya Policewoman of the Year Award (2016). Okembo had earlier on also bagged the Africa Continental Policewoman of the Year (2016) Award which was held in South Africa.

KK Security, G4S and Fidelity were all recognized in the security companies’ category.