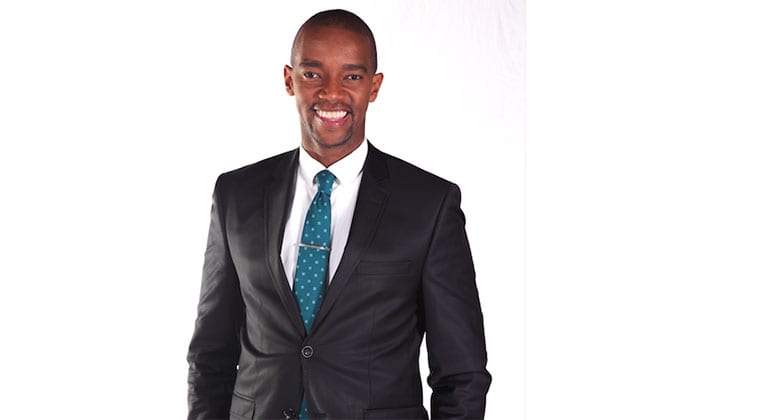 Waihiga, an award-winning Kenyan journalist, emerged top out of a talented field of other African journalists.

He becomes the first male journalist to clinch the Komla Dumor Award after previous winners; Nancy Kacungira from Uganda, Didi Akinyelure and Amina Yuguda, both from Nigeria.

Waihiga impressed the panel with his story-telling ability and on-screen presence.

“His passion for giving Africans a voice and his investigative journalism set him ahead of other entrants,” said BBC.

The annual award was created to honour Ghanaian broadcaster and BBC World News presenter Komla Dumor, who died in 2014.

Speaking to Citizen Digital from London, Waihiga expressed his delight at landing the award, describing it as a great honour.

“I am very excited and humbled to be the 2018 Komla Dumor Winner and the first male to receive this award. I pay tribute to the late Komla Dumor who made a mark on the global media space that will not be forgotten anytime soon,” said Waihiga in a phone interview.

“I thank God for this amazing opportunity and prestigious award because it also comes with a world-class three-month training stint at the BBC Headquarters in London. I plan to learn all that I can here and be a major player in taking Kenyan & African journalism to the next level.”

According to the BBC World News, journalists from across the continent are invited to apply for the award, which aims to uncover and promote talent from Africa.

“The winner will spend three months at the BBC headquarters in London, gaining skills and experience,” says BBC on its news website.

Waihiga is the host of Friday Night, a prime-time show on Kenya’s leading television channel Citizen TV, and Daybreak, a daily breakfast show on the same channel.

Previously, he was the host of Citizen Extra, a daily 3-hour news and current affairs show with all the latest local and international updates.

He was awarded the Mohammed Amin Africa Award for an investigative piece he did on doping in Kenya.

The story, which became a subject of national debate, was also recognised by the World Anti-Doping Agency.

They later warned the Kenyan government against being lax in the fight against the vice.

In 2012, Waihiga clinched the CNN Multichoice Africa award for an impeccable and creative piece he did on Maasai morans (warriors) who took up cricket in the fight against Female Genital Mutilation and the spread of HIV/Aids.

He has attended media training programs conducted by the BBC (London), CNN (Zambia), Reuters (Nairobi) and the Turkish Radio and Television Corporation (Antalya).