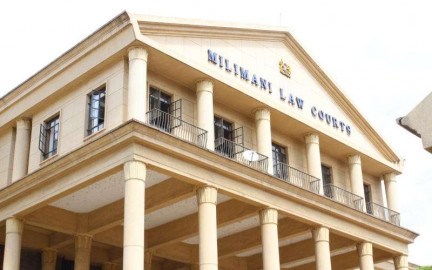 The High Court has issued temporary orders stopping the Independent Electoral and Boundaries Commission (IEBC) directive that political parties should comply with the two-thirds gender rule.

This follows a petition filed by Lawyer Adrian Kamotho that challenged the commission’s directive on political parties' compliance with the two-third gender rule requirements ahead of the August polls.

In the ruling on Wednesday, the court noted that the applicant had satisfied an arguable case adding that a stay would be appropriate.

"That the leave so granted do operate as a stay of the notice referenced as IEBC/CORR/PP/2022, issued by the Respondent on 27th April 2022," reads the order sought.

In the petition, lawyer Kamotho argued that the electoral commission never undertook any public participation prior to the issuance of the notice, referenced as IEBC/CORR/PP/2022, as mandatorily required under Articles 10 and 88 (5) of the Constitution.

He further explained that the IEBC directive issued on 27th April 2022 is inherently incompatible with the gazette election calendar published on 20th January 2022, since political parties have already concluded nominations in compliance with the law and in conformity with the election and nomination rules approved by IEBC.

“It is oppressive and pointless to force political parties to skew their nomination lists in a particular way when it is obvious that the gender of the winner will only be known at the ballot," he said.

Kamotho consequently highlights that the said directive is discriminatory and prejudicial since it unfairly targets political parties while leaving out the independent candidates who stand an equal chance of winning the elective positions.