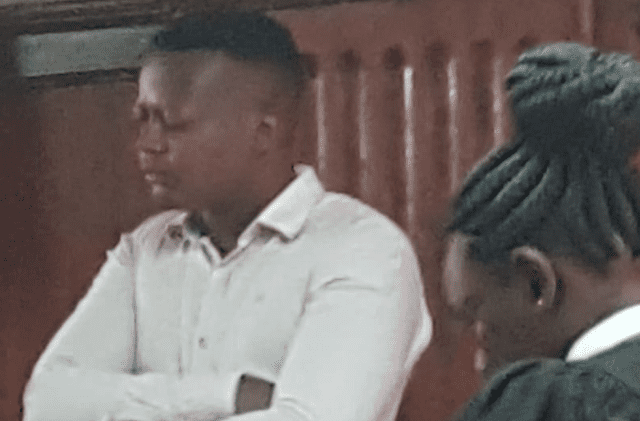 Bernard Chege, the man who survived the May 20, 2018 shooting at City Park in Parklands, Nairobi, has denied having a romantic relationship with his aunt, Janet Wangui Waiyaki, who was shot and killed during the incident.

He told the court that on the fateful day, he picked his aunt at her home in Donholm and they drove together to City Park.

According to the 27-year-old, it was not the first time for them to go to the City Park, where they would relax and chew miraa, sometimes, in the company of other friends.

Upon cross-examination, Chege denied the defense lawyers submissions that he was having sexual intercourse with his aunt when police shot at them at City Park.

He also denied allegations that he disobeyed police orders to open the car windows and thereafter decided to drive off, prompting the shooting.

According to lawyer Ham Lagat after the incident clothes, a woman’s pants, boots, and a pair of stocking and were found in the vehicle used by the two.

The lawyer cast doubt on Chege’s claim that they were just relaxing and chewing miraa with his aunt in a tinted car and with the windows closed.

In the case, two police officers have pleaded not guilty over the killing of Janet at City Park in Parklands Area, Nairobi.

On Tuesday, Janet Waiyaki’s husband testified in court saying that he was not aware of any affair between Janet and his nephew, Bernard Chege, who survived the shooting.

Mr. George Kirubi narrated that he had two houses in Nairobi; one at Greenspan in Donholm, where the deceased —  Janet Waiyaki — lived, and the other in Pangani estate where his first wife lives.