Maraga fights back at Gov’t over Miguna case 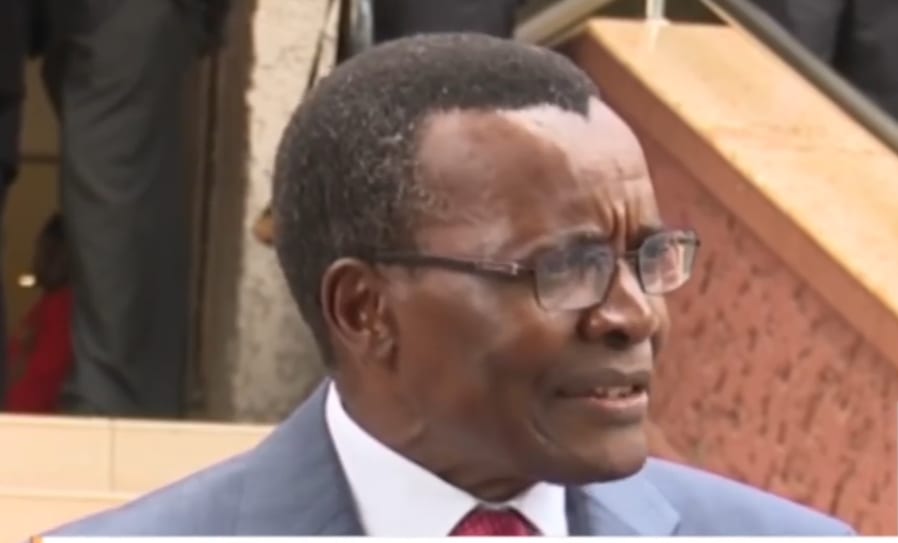 Chief Justice David Maraga has come out to defend the Judiciary over allegations that they have conspired to embarrass the government and give unfair rulings.

He said anyone unhappy with judges’ decisions should lodge an appeal at a higher court and wait for the matter to be dealt with.

The Chief Justice further noted that judgements are based on arguments presented before the court and not consultations with outside parties as alleged by the government.

“It is not true that judges have been captured by the Opposition. Orders are issued in the normal course of business and they may make mistakes in those orders but that does not mean that they are biased,” he said on Thursday.

Justice George Odunga had found them culpable of violating Article 10 of the Constitution on national values and principles of governance. He ordered that they pay a fine of Ksh.200,000 each.

Attorney General Paul Kihara Kariuki filed a notice of appeal through Solicitor General Ken Ogeto under a certificate of urgency and wants the matter to be heard expeditiously.

“…the decision was made pursuant to a procedure not prescribed under any of our laws but through a process and method fashioned entirely by the learned Judge,” Mr. Ogeto said.

While urging the Appellate Court to annul last week’s verdict, the government held that the Judge violated the trio’s right to a fair trial.

Though the Judge fell short of declaring Dr. Matiang’i unfit to hold public office, the CS insists that his job is on the line if the Court of Appeal does not overturn Justice Odunga’s decision.

“The Judge made a 36-page ruling in 20 minutes. Isn’t that evidence of collusion?” Dr. Matiang’i posed when he appeared before a Parliamentary Committee.

On his part, Mr. Kihalangwa says he was erroneously linked to the Miguna deportation saga since he had exited the Immigration Director’s office after he was vetted and appointed as Permanent Secretary.

According to him, a previous order by Justice Roslyn Aburili that landed them before Justice Odunga, was obtained through falsehoods and outright deception since Miguna’s Canadian passport had not been confiscated by the State as alleged by his lawyers.

And Mr. Boinnet in his affidavit held that due process was ignored when he was found to be in contempt of court.