Climate change has pushed a million people in Madagascar to the ‘edge of starvation,’ UN says 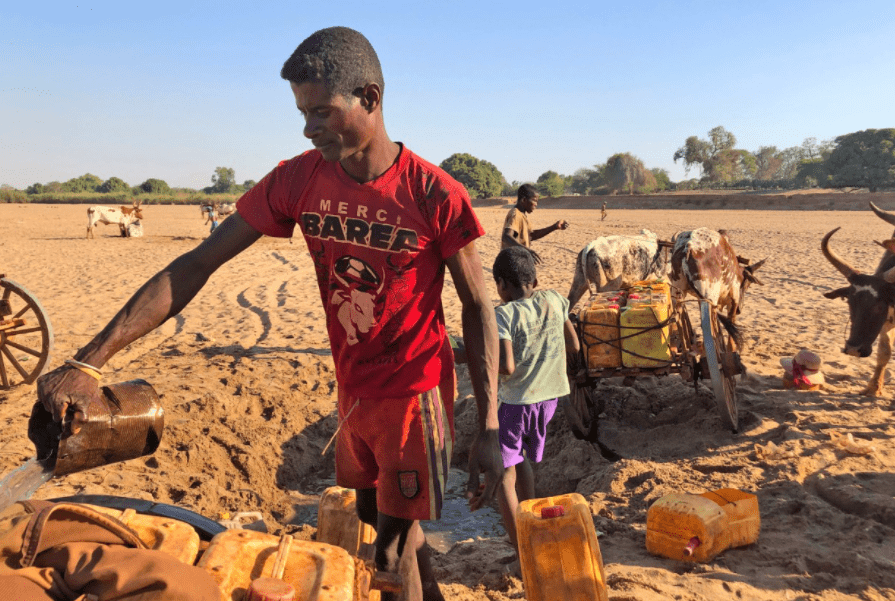 Climate change is the driving force of a developing food crisis in southern Madagascar, the UN’s World Food Programme (WFP) has warned.

The African island has been plagued with back-to-back droughts — its worst in four decades — which have pushed 1.14 million people “right to the very edge of starvation,” said WFP executive director David Beasley in a news release Wednesday.

“I met women and children who were holding on for dear life, they’d walked for hours to get to our food distribution points. These were the ones who were healthy enough to make it,” Beasley said.

“Families are suffering and people are already dying from severe hunger. This is not because of war or conflict, this is because of climate change. This is an area of the world that has contributed nothing to climate change, but now, they’re the ones paying the highest price.”An estimated 14,000 people are already in catastrophic conditions, according to the WFP, a number that is predicted to double to 28,000 by October. Thousands in southern Madagascar have left their homes in search of food, while those who remain are resorting to extreme measures such as foraging for wild food to survive, the WFP said.

“This is enough to bring even the most hardened humanitarian to tears. Families have been living on raw red cactus fruits, wild leaves and locusts for months now. We can’t turn our backs on the people living here while the drought threatens thousands of innocent lives,” said Beasley.

“Now is the time to stand up, act and keep supporting the Malagasy government to hold back the tide of climate change and save lives.”

The WFP needs $78.6 million dollars to provide lifesaving food in the next lean season and prevent a greater tragedy, it said.

Beasley’s warning came a day after the WFP said 41 million people in 43 countries were now teetering on the edge of starvation, with 584,000 already experiencing famine-like conditions across Madagascar, Ethiopia, South Sudan, Nigeria, Burkina Faso and Yemen. This number has increased from 27 million in 2019.

Conflict, climate change and economic shocks are all driving the rises in hunger, the WFP said, with those pressures on food security compounded by steep price increases for basic foods this year.

“Global maize prices have soared almost 90% year-on-year, while wheat prices are up almost 30% over the same period. In many countries, currency depreciation is adding to these pressures and driving prices even higher. This in turn is stoking food insecurity in countries such as Lebanon, Nigeria, Sudan, Venezuela and Zimbabwe,” said the WFP statement.

The WFP needs about $6 billion to provide 139 million people this year with life-saving food and nutritional assistance, it said, in what the UN agency describes as “the biggest operation in its history.”