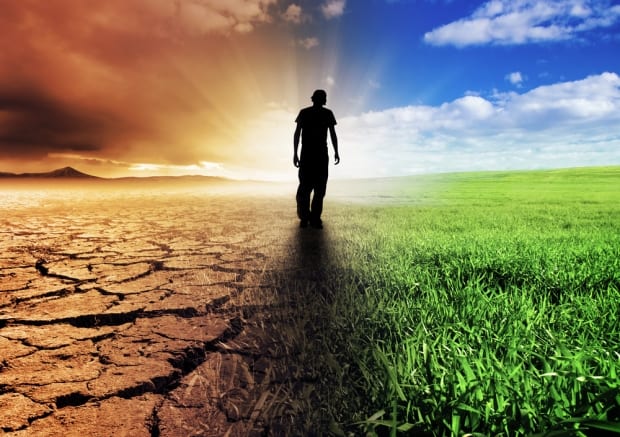 Developing nations could suffer economic losses of $1.7 trillion per year by 2050 unless a new United Nations deal paves the way for stronger action to curb global warming and more aid for coping with climate change impacts, anti-poverty charity Oxfam said in Paris on Saturday.

Oxfam’s ‘Big Head’ avatars of four of the world’s most powerful leaders met for breakfast in the shadow of the French capital’s iconic Eiffel Tower on Saturday morning.

On Monday, 137 world leaders are expected to convene in Paris for a U.N. climate summit. Officials from nearly 200 countries will meet in the French capital from November 30 to December 11 to negotiate a plan to curb global warming by reducing carbon emissions, aiming to keep the temperature rise below two degrees Celsius (3.6 Fahrenheit).

The conference is seeking to agree a deal that signals a break with a rising reliance on fossil fuels, blamed by a U.N. panel of scientists for causing more floods, heat waves and rising sea levels.

Oxfam is warning that even if the world does succeed in keeping warming below two degrees – or preferably 1.5 degrees, as over 100 countries want – poor nations still need much more financial help to protect themselves from worsening climate stresses.

Oxfam’s global climate change lead in Paris, Kelly Dent, said funding to help those on the front lines of climate change was critical to a meaningful agreement.

“Climate finance is the key to the deal if we see money on the table that helps developing countries adapt to the impacts of climate change that they’re feeling right now, such as contamination of their soil making it harder to grow vegetables and also difficulties with fresh water, if we see that kind of money on the table then it is likely that we will see an agreement that starts to deliver what’s needed. Of course, reducing emissions is also vital. Countries need to develop, but they need to develop along on low carbon pathways,” said Dent.

Oxfam estimates that public grants and cheap loans to fund climate action amounted to around $20 billion on average in both 2013 and 2014. But only $3 billion to $5 billion of that annual finance was dedicated to adaptation.

Dent said the funding shortage must be addressed at the Paris climate conference.

“The amounts [of climate finance] are woefully inadequate, we’re seeing about three to five billion in public finance for adaptation. Now if you think about small-scale farmers, there’s about 1.5 billion of them in the world, and if you take the amount of adaptation finance that’s currently available, that’s about three dollars per farmer per year; that’s about the price of a cup of coffee so that really gives you an idea of the inadequacy of what’s around. Adaptation finance is always less than that for reducing emissions, now, of course both are important, absolutely, but we’re seeing communities right now dealing with the effects of climate change: they can’t grow enough food to eat, their water is contaminated. We need to be dealing with this now,” Dent urged.

Campaigners are calling for at least half of all public climate money to be spent on adaptation, or set a fixed target of at least $35 billion in government finance for adaptation by 2020 and at least $50 billion by 2025.

Several scientific studies project that emission pledges made so far will – at best – hold the world to temperature rises of anywhere from 2.7 degrees to three or even 3.5 above pre-industrial times by 2100. That is well above an agreed 2-degree U.N. limit.

China has promised its carbon dioxide emissions will peak by 2030 but has not said how high they will rise before then.

Oxfam’s Hong Kong Climate Change Manager, Binbin Wang said China had a pivotal role to play in “pushing all the leaders to get a binding deal.”

Meteorological experts warn that inaction on climate could see a rise of six degrees Celsius. On Wednesday (Nov. 25) the World Meteorological Organisation predicted that 2015 will be the hottest year on record and next year could be even hotter due to the El Nino weather pattern.