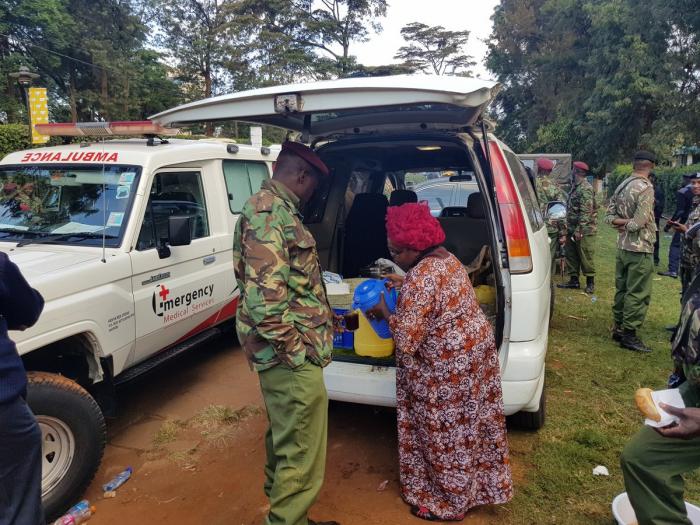 Kenyans are standing together in the wake of a terrorist attack where at least 21 people were killed after armed men stormed a hotel complex in the Nairobi capital.

The Kenya Red Cross reported Thursday that all those reported missing after the attack have now been accounted for.

The charity says it has provided counselling sessions to nearly 600 people and that it will continue to provide support to all who need it.

The country has suffered successive waves of terror attacks since 2011, most of them blamed on the Al-Shaabab Islamic militant group.

But Kenyans are determined to show that they will not be cowed by the terrorists.

They have been sharing photos of bravery by rescue teams and random acts of kindness by residents using the hashtags #KenyaUnbowed and #WeShallOvercome.

Many on Twitter praised the heroic efforts of security personnel, who worked most of Tuesday and overnight Wednesday to get those trapped in the DusitD2 compound- the scene of the shooting to safety.

The image of an unidentified security officer shielding seven people outside the complex has been shared several times with many commending his bravery.

Not all superheroes wear capes. Hats off to our brave men and women in uniform. Because of you no evil will prevail against us #Kenya #KenyaUnbowed pic.twitter.com/KnF3EQS6Qz

An image of a woman serving food from a van to uniformed men outside the hotel complex on Wednesday morning went viral on social media. Other volunteers brought food to the team while they camped in front of the Dusit complex.

Residents also trooped to the Kenya Red Cross Wednesday morning in Nairobi after it launched a blood drive to help the victims and urged people to donate.

We would like to thank the public for turning up in large numbers to support the blood donation drive #RiversideAttack pic.twitter.com/wIibp4sgIj

Ride-hailing service, UberKenya offered free trips to designated hospitals for those who wanted to donate blood.

In the words of President Uhuru Kenyatta in a televised address on Wednesday morning, “for every act of evil that led to injury, there were a dozen acts of compassion, overflowing patriotism and individual courage.”