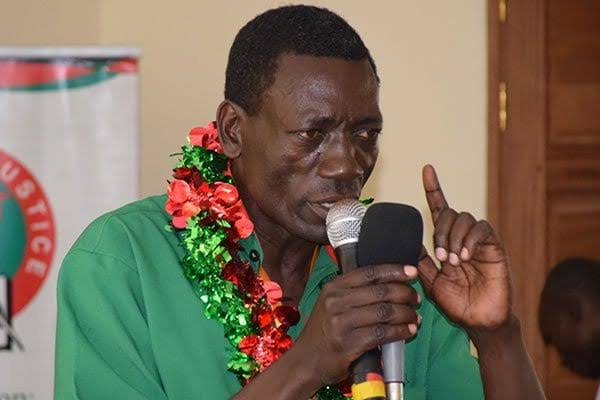 Collins Oyuu has been elected the new Secretary General of the Kenya National Union of Teachers (KNUT) taking over from Wilson Sossion who resigned on Friday.

Oyuu, who has been the KNUT Chairman, was elected unopposed during the union’s elections held at Ruaraka grounds in Nairobi on Saturday.

He becomes the seventh KNUT Secretary General and will hold the seat for the next five years.

Oyuu was the sole candidate vying for the influential position that was held by Sossion for nearly eight years.

Members of the union were voting for over 15 positions with the positions for the Chairperson, Treasurer and Deputy Secretary General having a single candidate eyeing each of the seat.

Sossion, who is also a nominated Member of Parliament, resigned as Secretary General of the union  day before the Union’s elections.

He made the announcement in a press briefing in Nairobi flanked by his immediate family members including his wife and children. No KNUT official was  present during the resignation.

“In the interest of KNUT continuity and its membership, I hereby on June 25, 2021 bow out of KNUT leadership honorably. I shall remain loyal to KNUT and will always be available to advice and support the leadership of the union,” said Sossion.

In the statement, Sossion urged the government not to muzzle the teachers’ union by failing to remit statutory contributions from members.