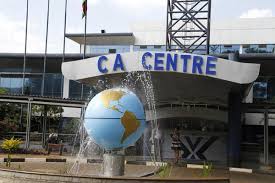 The Communications Authority of Kenya has raided 13 illegal postal and courier services in a national crackdown to weed out unlicensed service providers.

The Communication Authority said that in the past two weeks, the CA officers have raided Murang’a, Laikipia, Kirinyaga, Marsabit, Isiolo and Meru counties in which 13 entities mostly matatu operators were arrested and charged in court on different dates.

The suspects were charged with operating postal services without a valid license contrary to section 67 (d) of the Kenya Information and Communications Act No. 2 of 1998.

CA Director General, Mr Francis Wangusi, has issued a stern warning to those operating courier services to such entities without the requisite adding that anyone intending to start business in the ICT industry must obtain the relevant license from the authority.

“It’s an offense, punishable by a fine not exceeding Ksh 200,000 or imprisonment for a term not exceeding one year, or to both, to offer postal services without a relevant license from the CA,” said the CA Director General.

“Members of the public are cautioned to only seek services from persons holding relevant valid license from the authority,” said Wangusi.