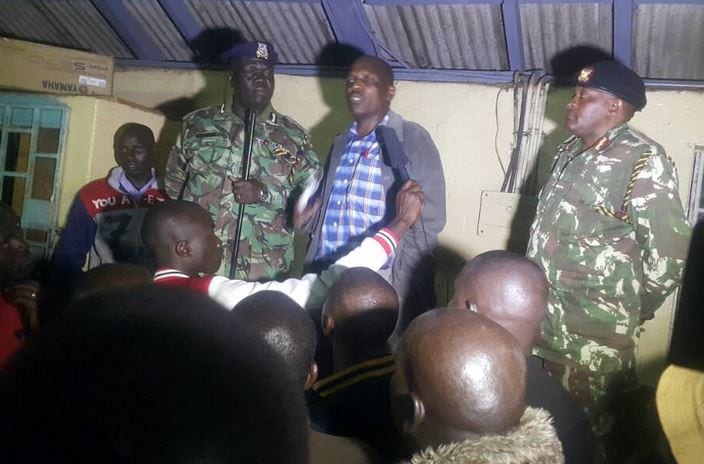 Jubilee Party was forced to halt Nandi County nominations early Friday morning after it emerged that here was a shortage of ballot papers – this coming just hours after Bomet County officials made a similar announcement.

“We found that the kits issued to some stations had half the number of ballot papers required; such incidences were reported across numerous polling centres in the county,” Mangira said in a phone interview.

County election board officials conferred with candidates, and a decision was made to halt the process until the shortage of electoral material was addressed.

“We agreed to stop to the process until we sort out the matter. I have reported the incident with our regional team, and we will communicate once we get direction on the way forward,” he added.

Following the early morning confusion, rowdy youth took to the street, attempting to block the road outside the county tallying centre. Police quickly quelled the unrest, lobbing teargas canisters into the crowd.

Nestled deep in Jubilee’s stronghold, the party’s Nandi County tickets are highly coveted as they are seen as a near direct win come August 8.

A whopping 15 aspirants are slated to contest for the senatorial ticket.

UPDATE: Jubilee Party National Elections Board Chair Andrew Musangi has refuted these claims, insisting that all polling stations have been sufficiently kitted. Party Secretary General Raphael Tuju has stated that aspirants and returning officer are not authorised to speak on behalf of the party.