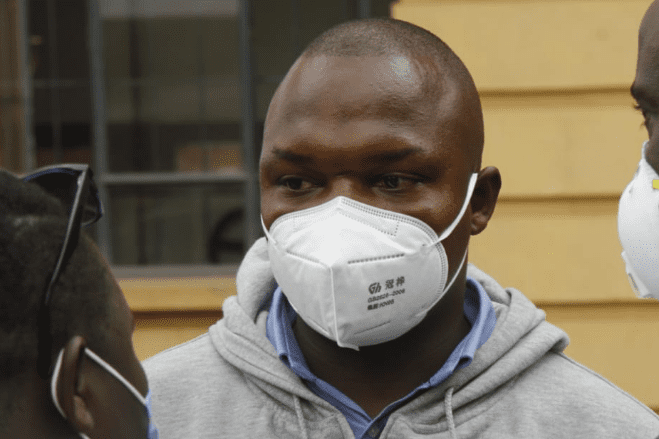 Police officer Duncan Ndiema has been granted a Ksh.1 million cash bail two weeks after he pleaded not guilty to the murder of 13-year-old Yassin Moyo in Huruma estate.

The court directed Ndiema to provide two contacts who should be close relatives and not to interfere with witnesses lined up in the case.

Ndiema appeared before High Court Judge Luka Kimaru on June 23, 2020 and was charged with the murder of Yassin Moyo.

He pleaded not guilty and was remanded at Capitol Hill Police Station pending the hearing of his bail application.

The High Court had earlier deferred his plea taking after his lawyer said that the officer had been admitted to the Mbagathi Hospital pending the results of a coronavirus test.

“…as the investigating officer having received the orders from the court proceeded to Mbagathi and received information from the management of the hospital that they had not treated the accused that day as alleged,” read the application.