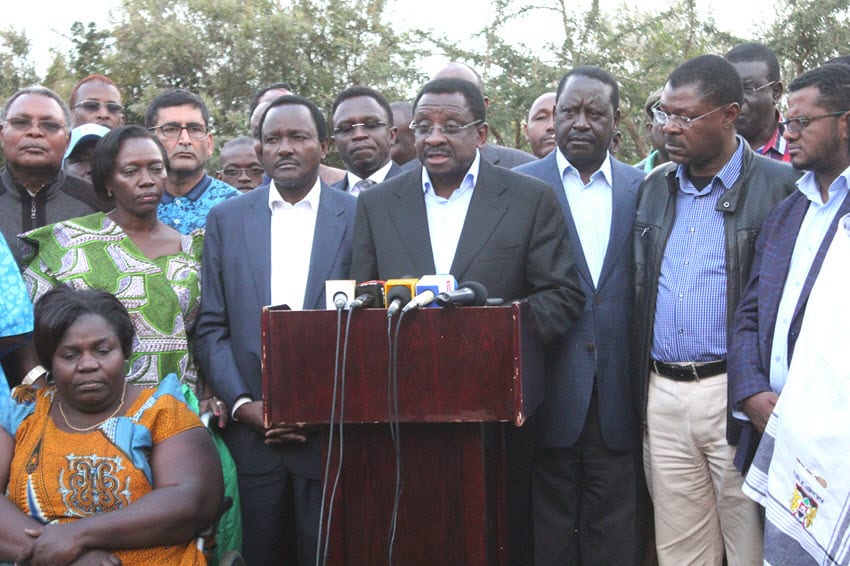 The Coalition for Reforms and Democracy (CORD) has played down claims of cracks in the coalition over the 2017 presidential candidature among its partners.

Though he has not come out to declare his candidature, there has been public perception that the coalition leader Raila Odinga, who is also Orange Democratic Movement (ODM) party leader, will run for presidency in 2017.

This may throw into disarray the future of the CORD since its co-principals Moses Wetangula of FORD Kenya and Wiper Democratic Movement leader Kalonzo Musyoka have all declared their interest to run for presidency.

In a statement read by Senator James Orengo, the coalition played down the gravity of the issue saying it did not feature anywhere in the two-day retreat at the Great Rift Valley Lodge in Naivasha.

“That is a non-issue at the moment and the coalition is united and steadfast under the leadership and remains committed to the realisation of Kenyans dream,” he said.

Narc Kenya leader Martha Kaura, who was a key guest at the retreat, indicated her willingness to work with CORD for push national agenda.

“I have come here with a member of National Executive committee of Narc-Kenya and it is in the open that we are working with CORD”.

The retreat was attended by among others governors, senators and MPs affiliated to the coalition.