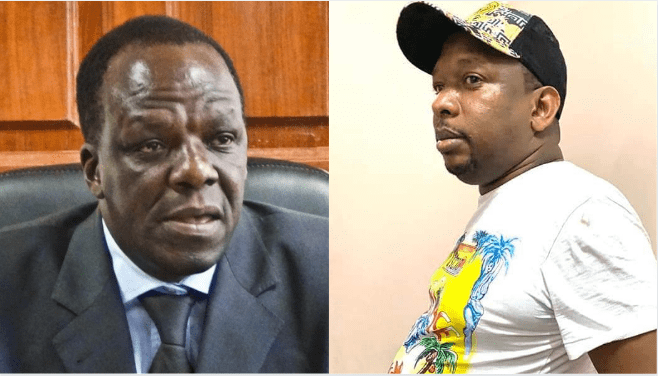 The Council of Governors (CoG) now wants to meet with President Uhuru Kenyatta over the power vacuum that could hit the Nairobi County Government following the arrest of Governor Mike Sonko.

Governor Sonko, who was arrested on Friday over irregular procurement and payment of over Ksh.357 million, has been running the county without a deputy since January 2018 when Polycarp Igathe resigned.

Sonko is set to be arraigned on Monday and should he be charged with graft, he is likely to be barred from accessing office like Governors Ferdinand Waititu (Kiambu) and Moses Lenolkulal (Samburu).

In a statement on Sunday, the CoG Chairperson Wycliffe Oparanya said the council is “monitoring and consulting widely on the unfolding situation,” in Nairobi County.

Oparanya acknowledged the unique state of affairs in the Nairobi County Government, adding that the council is set to reach out to the President for an emergency meeting.

“Following the arrest and detention of H.E. Mike Mbuvi Sonko the Council of Governors is monitoring and   consulting widely on the unfolding situation.

“We are however aware of the uniqueness of the County Government and therefore we shall reach out to H.E. The President to convene an emergency Summit to address the evolving situation,” reads the statement.

This is according to Article 182 of the constitution Sub-article 4.

Speaker Elachi had been ousted from office on September 6, 2018 but has since been reinstated by the court.

Will she then ascend to the position of Acting Governor given the hostile situation she finds herself in, after being impeached by a majority of Nairobi MCAs and reinstated by the court?