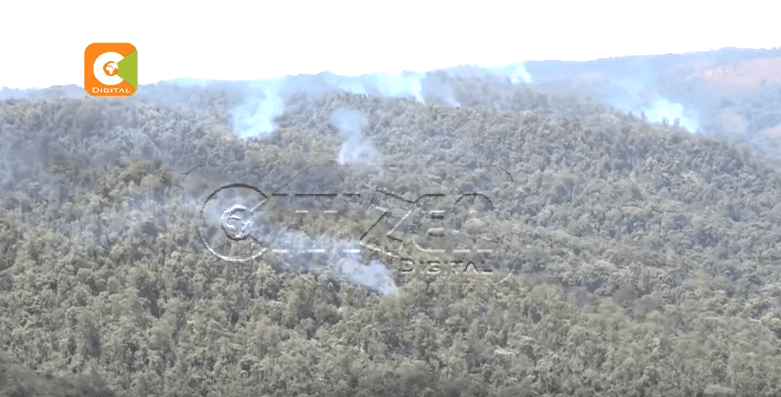 The Environment and Lands Court in Narok County has declined to issue orders stopping the ongoing evictions at Mau Forest.

Judge Mohammed Kullow declined to issue the conservatory orders which had been sought by Kericho Governor Paul Chepkwony.

Justice Kullow instead set the inter partes hearing of the case on August 6, 2018.

In the court documents, Governor Chepkwony said he filed the case in his private capacity as a citizen and on behalf of the alleged private land owners.

According to the Governor, the evictions that commenced on July 7, 2018 are being conducted illegally and in disrespect of human dignity.

He says that the five ranches targeted are pieces of land adjoining the Mau forest and not in the forest as the authorities allege.

“There is no evidence on the ground of surveys or proper inquiry and other process that the respondents may have used to lay basis for the exercise,” reads part of the petition.

According to the petitioner, the Mau Forest evictions are targeting 12,000 alleged settlers out of a possible 60,000 who reside in the 922,300-acre, Maasai Mau Section.

In the petition, the professor says eviction in Reiyo Group Ranch has been completed and the four that are on the spot now are Enakishomi, Sisiyan, Enoosokon and Nkaroni group ranches.

He maintains that the eviction is politically motivated as the attempt in 2005 was stopped by the court, and now the ‘cartels’ are back and want to forcefully take the pieces from their rightful owners.