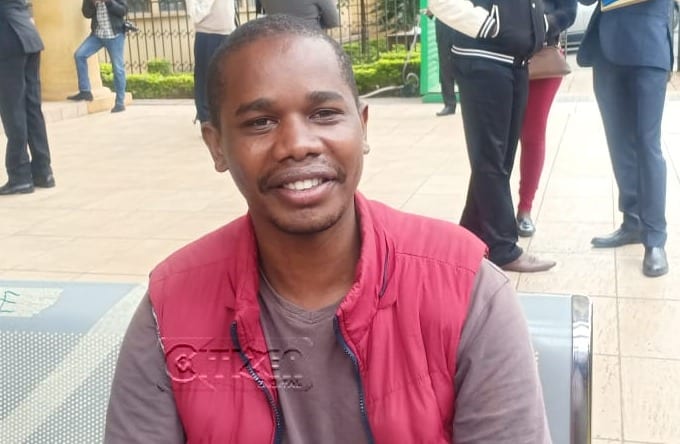 Isaac Kibet was on Monday arraigned in a Nairobi court and charged with publishing a social media post alleging that Interior Cabinet Secretary Fred Matiang’i had tested positive for COVID-19.

Kibet was detained for two days to allow completion of police probe and the matter was set for mentioning on Wednesday.

Prosecution opposed his release on bail saying he would interfere with the Facebook account as well as the evidence and witnesses likely to be called in the case, further requesting for a 14-day detention period.

The defense, in turn, opposed this application saying it was an infringement on the suspect’s rights, adding that he (Kibet) already surrendered his laptop and phones with all passwords.

Magistrate Martha Mutuku, in her ruling, said she had carefully considered the submissions and taken into account the nature of investigations.

The suspect was arrested on Saturday by Directorate of Criminal Investigations (DCI) detectives at Ngeria area in Uasin Gishu County.

A laptop and mobile phone linked to publication of the social media post by the suspect was recovered by police during the operation.

Dr. Matiang’i on Friday dismissed reports claiming that he contracted COVID-19 as rumours which he blamed on individuals he described as “mentally deranged” and who are keen on distracting him from his job.

“I have told the DCI and the Inspector General of Police and they are trying to investigate. We hope that we shall get to the bottom of the situation,” he said in an interview at his Harambee House office.

The CS pointed out that he has so far undertaken three coronavirus tests, adding that he would not hesitate to publicly announce his status should he contract the virus.