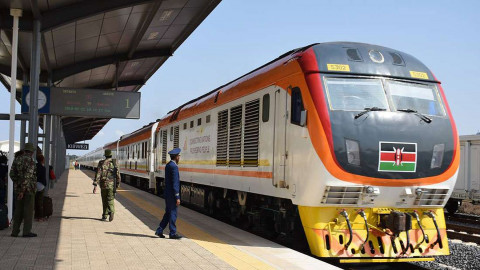 The High Court in Mombasa has directed the government to disclose the details of the Standard Gauge Railway (SGR) contract.

This follows a successful petition lodged by Khelif Khalifa and Wanjiru Gikonyo.

The Transport PS, his Treasury counterpart, Attorney General Kihara Kariuki, Solomon Kitungu and Dr Julius Muia were listed as respondents in the case.

The Katiba Institute and Commission on Administration of Justice were interested parties.

The petition was made on June 21 last year, with  the petitioners saying that the failure of the government to publicise the information was a violation of their right to access to information, which is enshrined in the Constitution.

It was their argument that the $4.5 billion project was shrouded in secrecy.

In the judgment dated May 13, 2022, judge John Mativo ruled that the right of access to information held by the state is guaranteed by Article 35(1) of the Constitution.

The petitioners had also argued that no public participation was done, despite the project being a capital intensive one.

"They aver that according to government statistics, the SGR has operated at a financial loss since its inception, so, its operations are not generating funds to help pay back the loans that financed its construction as planned, and, it is not publicly known what the consequences of a default in loan repayment would be according to the agreement between Kenya and China," the judgment read.

Khalifa, the first petitioner, had said he had requested documents on the SGR contract, including loan agreements, concessions, MoUs and expressions of interest, but they were not availed to him.

Mativo said, "In my view, the Access to Information Act entails those public authorities are no longer permitted to 'play possum' with members of the public where the rights of the latter are at stake."

"Discovery procedures and common-law claims of privilege do not entitle them to roll over and play dead when a right is at issue and a claim for information is consequently made. The purpose of the Constitution, as manifested in Article 35 is to subordinate the organs of State to a new regimen of openness and fair dealing with the public."