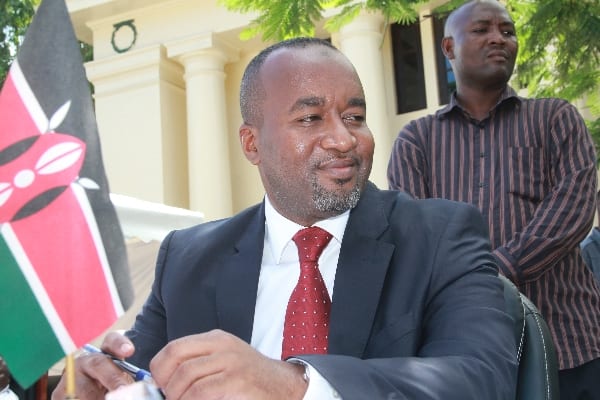 The court before Judge George Odunga further directed that documents be served to respective parties and responses be effected pending hearing of the matter on the 16th of June 2016.

The Firearms Licensing Board, Interior Cabinet Secretary Major Gen. (Rtd.) Joseph Nkaissery, Chief Licensing Officer and Inspector General of Police Joseph Boinett are, however, contesting the extension and Joho’s petition on grounds that the application is pre-mature and not suitable to be in court as it is already being handled by a competent legal forum for redress.

The CS Interior argued that the Chief Licensing Officer Central Firearm Bureau was within his power as provided for by Section 5(7) of the Firearms Act.

The Mombasa Governor had moved to court after he was ordered to surrender his guns on grounds that his licence had been revoked.

In his argument, Joho said that the Chief Licensing Officer and Nkaissery could not withdraw his license because that responsibility is vested on the Firearms Licensing Board, which was yet to be formed.

But in what appeared like a hasty move to counter Joho’s argument, Nkaissery then published a special gazette notice appointing a 9-member Firearms Licensing Board.

Currently there are 6,500 licensed gun holders in the country and the list for those waiting to be vetted by the board is growing by the day given that there has been no board to vet applicants.

Applicants will have to comply with the Firearms Act Cap 114 Laws of Kenya after filling necessary forms, going through police vetting and paying an application fee of 2,000 shillings.