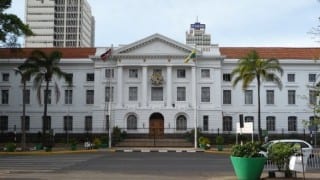 The High Court has suspended an order compelling the Nairobi County Government to pay a law firm Ksh.847 million.

However, Justice Pauline Nyamweya temporarily barred the payment pending the hearing of an inter-parties motion.

“There is stay of the execution of orders issued on February, 2019 for 10 days pending hearing of the said notice of motion inter-parties on April 9, 2019,” ordered Judge Nyamweya.

The Nairobi County Government, through Lawyer Thomas Letangule, filed an application under certificate of urgency seeking to suspend the said decision by Justice Mativo.

The county argued that it had discovered that there was fraud and collusion to inflate legal fees through double taxation of costs, adding that the law firm did not disclose to the court that another taxation had been done earlier over the same matter and were paid Ksh.60,712,373.

“A perusal of the records now reveals that the respondent (Samson Masaba Munikah T/A Munikah & Advocates) have been paid in excess of the taxed amount after having received Ksh.65,000,000 from the applicant (Nairobi County),” read the application.

Letangule also said that despite the payment, the respondent obtained orders from court based on a second certificate of taxation that was wrongly issued out of fraud and collusion in the same matter.