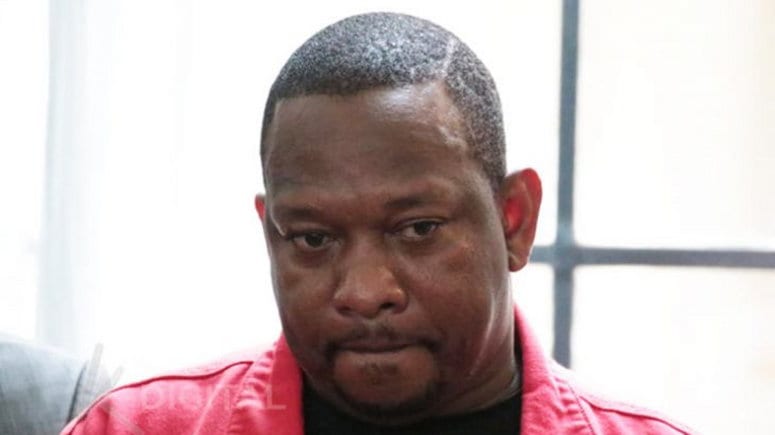 Former Nairobi Governor Mike Sonko on Thursday suffered a double blow after the High Court dismissed two petitions — one challenging his impeachment and the other contesting the nomination, vetting and swearing in of Anne Kananu Mwenda as Nairobi Deputy Governor.

This is even as Sonko, through his lawyers, declared intention to appeal the ruling on his impeachment.

A three-judge bench of the High Court ruled that the County Assembly and the Senate followed the law in their removal of Sonko from office and that he was accorded a fair hearing, declaring the process as Constitutional.

“We find that the conduct of Sonko does not meet the highest standard expected of a governor,” stated the judges as they faulted him for alleging that he was intoxicated before signing the Deed of Transfer of functions at State House.

“The Deed of Transfer is an important document that cannot be seen to have been dealt with in circumstances where the Governor was not sure of.
This is in our view the violation of the trust bestowed upon the office of the governor by the electorate as it does not portray good governance and accountability and integrity as expected of a State officer,” noted the judges.

The judges observed that there was no requirement that Members of County Assembly had to be physically present in the chambers to conduct the impeachment, considering the COVID-19 situation which has seen virtual sessions introduced.

The same three-judge bench also dismissed all petitions that were filed challenging the nomination, vetting and swearing in of Anne Kananu Mwenda as Nairobi Deputy Governor before she was later inaugurated as Governor.

They ruled that the swearing in of Kananu was constitutional despite an attempt by former Governor Mike Sonko to withdraw her nomination.

“The nomination, vetting, approval and swearing in of Kananu as Deputy Governor was constitutional and complied with applicable laws. Consequently, we find that all petitions challenging her ascendancy are without merit and are hereby dismissed,” ruled the court.

Sonko had argued that he had revoked Kananu’s nomination and therefore the County Assembly had no powers to appoint her as deputy governor and subsequently take over as the county boss following his impeachment.