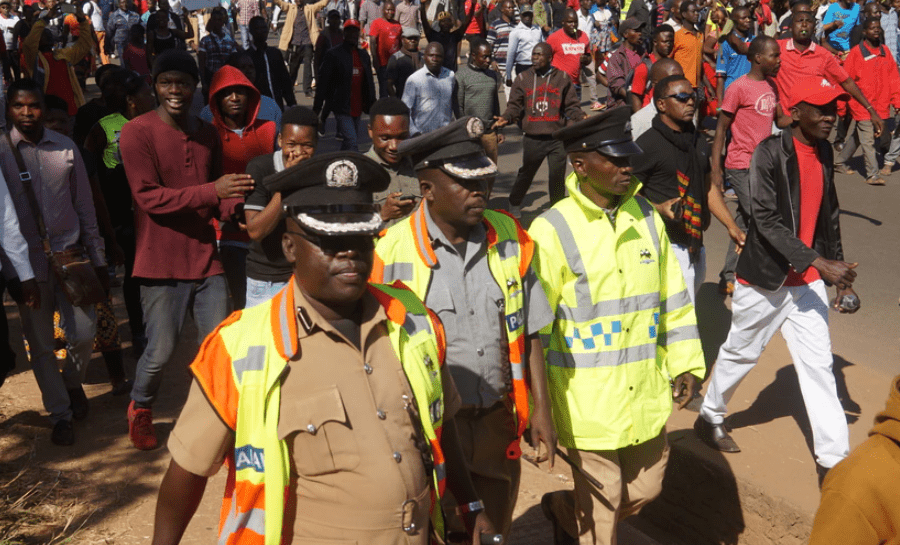 Malawi’s government has paid thousands of dollars in compensation to women who allegedly were sexually assaulted by police officers during post-election protests. Lawyers for victims and human rights campaigners, however, say the money alone is not enough. They want suspects to be arrested and tried in court.  Police have promised a fresh investigation.

The Malawi Human Rights Commission accuses police officers of raping victims in the capital city of Lilongwe in apparent retaliation for the fatal stoning of a police officer by residents during post-election violence on Oct. 8, 2019.

In his ruling on August 13, 2020, High Court Judge Kenyatta Nyirenda ordered the Malawi Police Service to compensate 18 women and arrest 17 police officers implicated for the crimes. Nyirenda said the victims needed to be compensated for trauma they suffered at the hands of police.

Now that compensation has been paid, though, lawyers for the victims and human rights campaigners say money alone is not enough.

Atupele Masanjala is the spokesperson for the Women’s Lawyers Association, which represented the rape victims.

She says the compensation marks the end of the civil case but there is a need to look at the criminal aspect.

“Because even if those women are compensated, the people who have done the wrong have not been held accountable,” Masanjala said. “The police officers are not the people who paid that money. That was the government paying on behalf of the police. But those police officers haven’t been identified, they haven’t been held accountable, they haven’t been arrested. So, as it is now, they are criminals just walking free and that’s unacceptable.”

Habiba Osman is executive secretary for the Malawi Human Rights Commission. She says a criminal proceeding is needed.

“It means that now there is going to be individual liability or responsibility whenever people commit such crimes that would be seen to be violating the rights of other people,” Osman said. “So, what this is to also tell us is that even if they are state’s agents [tasked] to be enforcing the law, if they commit the crime the same organization can bite them.”

One victim from the Msundwe area, who did not want to be named in this report, said the compensation is too low.

She says, “I left my village [scene of the incident] to settle somewhere because people were laughing at me for what happened. So, I though the compensation would be enough to buy land and build a house. But this is not the case.”

She says she is looking forward to the arrest of the culprits, although she could not identify her attacker because she says he covered his face when he raped her.

James Kadadzera is a spokesperson for the Malawi Police service.

“In fact, there were many police officers that were on duty on that particular day,” Kadadzera said. “Probably 100 plus, so it was difficult to identify the suspects.”

Kadadzera hopes this time, however, they will identify the suspects because he says the investigation team will include members of the Malawi Human Rights Commission, Women Lawyers Association and other human rights organizations.