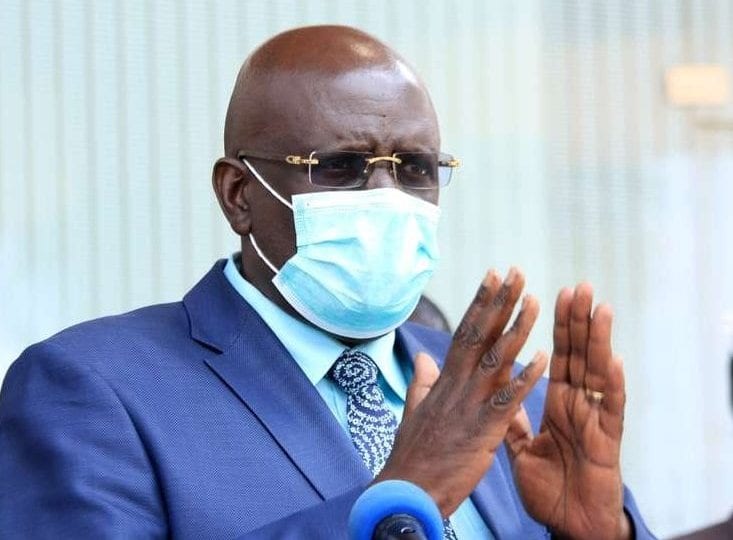 Prof. Magoha said the government is concerned about a spate of such incidents that have led to the loss of millions of shillings worth of infrastructure.

This comes as school dormitories, classes, buildings and several structures have been razed down across several public secondary schools in ugly incidents witnessed simultaneously in recent weeks.

Prof. Magoha however says teachers have the responsibility to prevent such incidents from happening.

“From now onwards we shall ask the teacher, when the building was getting burnt, where were you? Who was on duty? Who was the prefect on duty at that time? We have systems that must work,” said the CS.

That students are consuming drugs, Magoha said, is no secret, further reiterating his earlier remarks about the law taking its course.

“When we catch the culprit who thinks he has the powers to burn a building that has been constructed with public money then you know what to do…from 8 years, for those who didn’t know, you’re culpable to criminal prosecution,” he stated.

The Kenya National Union of Teachers (KNUT) however believes the solution is not to re-introduce corporal punishment but to progressively shut down all boarding schools.

“How do you cane a teenager who has been free out there? Control of children requires parenting, and that is why we’re suggesting very strongly that Kenya is mature enough to eliminate the boarding school system so that children can go home and come back,” said KNUT Secretary General Wilson Sossion.

To curb the unrests in schools, the National Assembly Committee on Education has recommended regular tests for students suspected of drug abuse, progressive reduction of boarding schools to allow parents have more time with their children, timely release of government capitation to help facilitate essential services and strengthening of guidance and counselling departments in schools.

At least 25 public secondary schools were razed down in the month of January where property worth millions was destroyed.