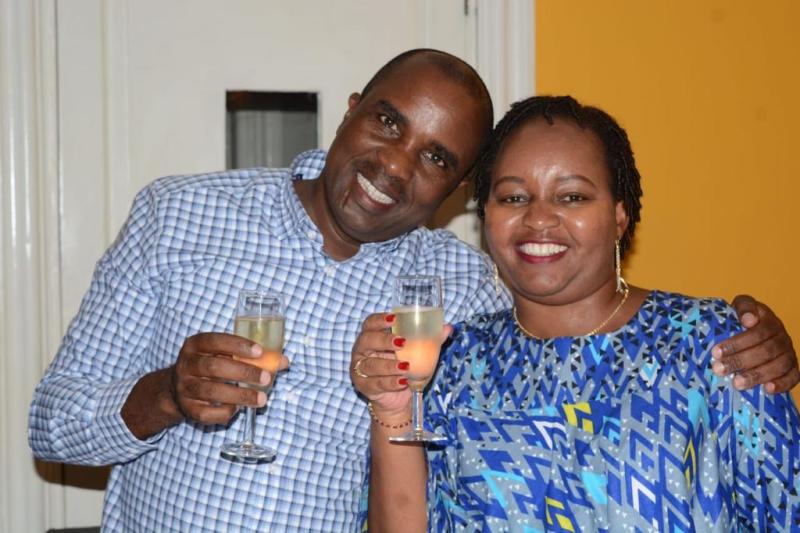 It’s D-day for Kirinyaga Governor Anne Waiguru as she prepares to wed her partner Kamotho Waiganjo.

Waiganjo is a lawyer and has represented Waiguru in several court cases.

The event is set to kick off at Kiamugumo Primary School in Ngariama Ward, Gichugu Sub County at 10am.

In the traditional ceremony known as “ngurario”, the groom, his parents and others accompanying him arrive at the bride’s home but are not allowed in.

A ceremony known as “kuhura hoti” is performed where women from the groom’s procession start singing as they carry various gifts.

The women inside the house also start to sing and after some time, the door is finally opened.

In some communities, an extra amount of money has to be paid for the door to be opened.

What follows is “gucagura muka wake” a kind of game where the groom has to pick out his bride from a group of women who are disguised as his betrothed.

If he chooses the wrong woman, he has to pay a ‘fine’. After he eventually identifies his bride-to-be, the groom has to cut goat meat prepared for the occasion, as part of the ritual.

He then shares the meat with some of the family members from both sides.

The groom also has to answer a couple of questions asked by a representative of the bride’s family.

According to a tradition called “kuria matu”, the groom gives the bride goat’s ears, which she chews and after that, she returns the goat’s ears to her him.

This act, according to Kikuyu custom, should remind the pair that they should always listen to each other. Single women present at the occasion also chew goat’s ears.

The bride also has some duties to perform during the wedding day; she combs the groom’s hair, polishes his shoes and cuts his nails.

She also offers him some “gukundania ucuru” (porridge) which according to customs, he should initially reject then accept later on.

After this elaborate ceremony, the couple is given a wedding certificate whose details are read in public.

Mr. Waiganjo paid dowry for the Kirinyaga Governor on February 16.

The two are both divorcees and are said to have been dating for several years.

Waiguru has three children from the previous marriage.