The dark side of music: Using sound in torture 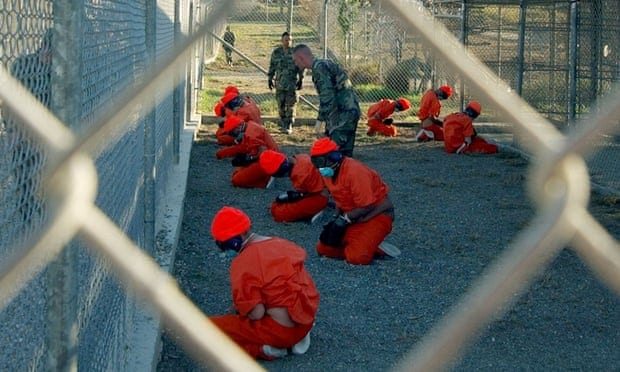 General Augusto Pinochet’s authoritarian regime, in Chile from 1973 to 1990, was known for its kidnappings, imprisonments and torture. One prisoner remembers it all too well. In 1975, then-24-year-old Ana María Jiménez was held without charges at the Villa Grimaldi — one of the 1,168 political detention centers in Chile, known for the widespread use of torture there. Her experience was recorded in a paper by Chilean cultural historian and music researcher Katia Chornik. One night, by her own account, musician Jiménez was forced to sing a song by Roberto Carlos, the Brazilian singer-songwriter who voiced his support for Pinochet during a 1975 performance. When she refused, she was forced to spend the entire night in the rain. An estimated 94percent of prisoners detained during the Pinochet era were tortured, according to the 2004 Valech report into political imprisonment and torture by agents of the state between 1973 and 1990. Common methods included electric shock, beatings, mock executions and witnessing the torture of others. But for some — like Jiménez — there was one more element of torture: music, Chornik says. The Valech report says music was used as a background to torture in eight detention centers, but Chornik’s work shows that the use of music was more widespread; she found evidence of its use in 30 centers. Common songs of choice in Villa Grimaldi were “Un millón de amigos (A Million Friends)” by Roberto Carlos and “Gigi l’amoroso (Gigi the Ladies’ Man),” made popular by Dalida, according to Chornik. The lyrics of “Gigi l’amoroso” praise the male character. The guards “sang the song, and they loved to feel like they were Gigi,” Jiménez described. As they come to torture prisoners, they would announce, “here comes Gigi the ladies’ man,” she said. The guards would also put the song on at full volume while performingphysical torture, she said. The song’s use in torture, as experienced by Jiménez, links to the guards’ “systematic use of sexual violence against women prisoners,” Chornik wrote.

The slang word “Gigi” was used to describe the device that generated electric shocks to torture prisoners.
Jiménez remembers listening to others being punished and being subjected to the music day and night at full volume, which was “insufferable,” she said in her account.

Once someone goes through a torture center, they are are never the same, Jimenez said via Chornik. “Physically, I have been left with many problems: cardiovascular, respiratory, post-traumatic alopecia, kidney difficulties, severe dental problems,” she said. And then there is the fear — “that terrible feeling that never leaves you completely,” Jimenez explained. “You are always thinking that you can be attacked. You sleep with many frights. The anguish for what is happening in Chile, it deeply marks you, and you live with a lot of anguish, even panic crisis on certain occasions.”

“Even so, you try to overcome yourself and continue in the struggle for justice and truth and punishment for torturers, from wherever possible,” she added.
Jiménez founded a choir in 2013 with other survivors, and it performs regularly in commemorative events in and around Santiago.

The ability to cause great pain — and humiliation Music has been used as a means of torture throughout history, as it has the ability to cause us great pain, said Morag Josephine Grant, a musicologist at the Reid School of Music at the University of Edinburgh in the UK. It had different goals, including political re-education, punishment or, in Pinochet’s case, for dictatorships to assert their power. Music can cause pain because of its emotional and psychological functions, greatly affecting our self-identity and emotions, both of which are targeted in torture, explained Grant, adding no particular type or structure of music is more effective for torture. “It tends to be music that has some type of resonance within the particular political and cultural situation,” she said. “The types of music that are used in torture contain a strong component of degrading and humiliating people.” One example is female Jewish musicians forced to perform marches and classical music composed by the likes of Schubert and Bach at the Auschwitz-Birkenau concentration camp. This conjured new emotions such as anger, rage and shame, redefining the musicians’ relationship with music, explained a study by Juliane Brauer, researcher at the Center for the History of Emotions at the Max Planck Institute for Human Development. The first use of orchestras in Nazi concentration camps was in the summer of 1942, Brauer wrote. Musicians were housed in separate barracks and received more food as a reward for their work. Female musicians played at the gates of the camps as new prisoners entered. What musicians recalled most often, according to Brauer, was the despair this situation created. Personal accounts from musicians recorded by Brauer show the contrast between their happy memories of playing music and the use of their talent by “the camp’s machinery of death.” This resulted in depression, serious physical illnesses and suicides, according to Brauer’s research, as our bodies link music with our memory, meaning and emotions. Overloaded by music Loud or frightening sounds have also been shown to strengthen the effects of other torture methods, such as sleep deprivation. They can drown out the inner thoughts of detainees, resulting in loss of orientation and even hallucinations, according to research by Suzanne Cusick, professor of music at New York University. Studies show that this type of “sensory overload” — playing very loud music for long periods of time — can be a fast way to “break” a prisoner because the loud noise stops the psychological process of orientation, making it hard to distinguish between reality and to resist questions from captors. Daniel Levitin, professor of neuroscience and music at McGill University, added that it hinders the brain from organizing and making sense of information. “The brain is constantly trying to find patterns and make order out of chaos, and presented with something it’s unfamiliar with, it gets frustrated.” Music is often applied as part of a combination of methods, such as stress position — a position, such as forced standing or awkward sitting, held for a long period of time, causing “excruciating pain” — restricting food or water and exposure to extreme cold or heat, according to Grant. From 1967 to 1974, Greece experienced a military-style dictatorship during which culture was used to control the population. Prison camps were set up for communist “enemies,” and prisoners were bombarded with folk and patriotic music. Patriotic songs,like the folk song “Gerakina” were used to “re-educate” Greeks who were on the path of communism and had lost their “Greekness,” explains a report by Anna Papaeti, research fellow at the University of Göttingen in Germany. Personal accounts from prisoners describe sensory overload techniques, like playing music incessantly for 12 hours. The “re-education” was aimed at making prisoners “so demoralized, confused, shattered and desperate” that they would sign loyalty declarations to the government, according to Papaeti.

“It didn’t even have anything to do with brainwashing. It was messing with people’s sense of self,” Grant said of this form of music torture. “It was something that was humiliating, very degrading, and it was also very, very physically harmful. That’s something that has to be remembered, as well.”
Cultural warfare

Personal accounts of detainees in Guantanamo Bay or Afghanistan, recorded in Cusick’s research, described how psychological torture through music, using techniques like “sensory overload,” was harder to overcome than any physical torture, as prisoners knew what to expect in physical situations. Psychological torture is so “destructive to the subjects … because they are so completely helpless in these situations,” Grant explained. Also torturous: if the music is unknown to the prisoner. “Unfamiliar tonality and structure can be disquieting,” Levitin said, likening it to being in a room where everyone speaks an unfamiliar foreign language. Foreign prisoners in places like Afghanistan’s Bagram prison were subjected to heavy metal and hip-hop, representing harsh unknown sounds and causing distress, according to one account of a former prisoner at Bagram and Guantanamo Bay. Some music is chosen because it is particularly offensive to the prisoners’ beliefs and religions.Here, it is not “about a sound being irritating; it’s about the relationship that you’d express to that sound and the context that you are being forced,” Grant said. One Guantanamo Bay prisoner, Muhammad al-Qatani, was subjected to weeks-long attack on his “ability to perform the embodied practices that define a good Muslim man,” like fasting, as part of an interrogation, according to Cusick’s research. The interrogation log of the methods used on al-Qatani shows that music, which he thought of as “sinful,” was used to agitate, annoy or keep him awake. There is no passage in the Quran forbidding music, but al-Qatani said that he felt this way because of the ninth-century teachings or hadith by an Islamic teacher, Ibn ab-ı’l-Dunya, according to Cusick’s report. The hadith states that listening to music is a force that takes one’s mind off devotion and removes one’s thoughts from God, the research explains. Another theological teaching claims listening to music made by a woman is unacceptable, states Cusick’s report. These teachings, which clash with the Quran, have been interpreted previously, most notably by the Taliban who banned music for religious reasons, explains Cusick’s writing. The log makes a specific reference to Christina Aguilera’s songs, which were used with additional techniques, like forced cross-dressing, during al-Qatani’s interrogation. Through her own research, Grant has come across people trivializing the use of music in torture situations and refusing to accept it as a serious issue. She believes that international standard agencies and documents are not helping with people’s complacency on this topic. For example, the famous Mandela rules, about minimum standards prisoners can expect, make no inclusion of sounds or music. Torture through music “happens in an awful lot of places, and not just in far-away places,” Grant said. It’s been used as part of punishment and humiliation tactics “since as you early as you can think of.”