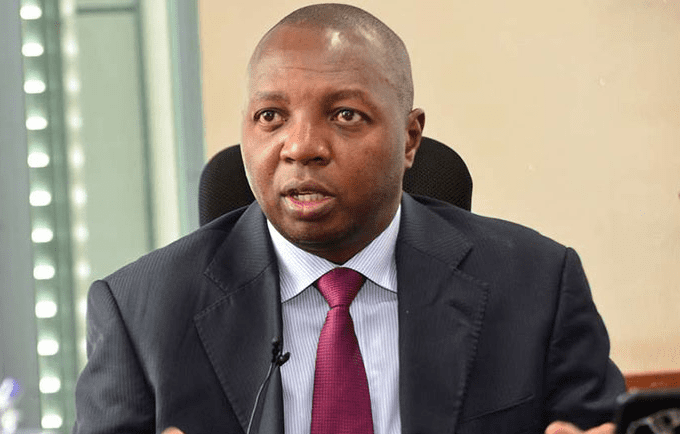 The Director of Criminal Investigations (DCI) has begun a probe into what detectives now believe is a Ksh.2.7 billion tender scandal at the Kenya Ports Authority (KPA).

The probe sanctioned in August this year implicates top officials at the ports authority including KPA Managing Director Daniel Manduku who is accused of authorising irregular expenditures totaling to Ksh.2.73 billion.

Manduku, however, on Monday dismissed the allegations claiming they are being fronted by people interested in KPA tenders.

In three projects including Makongeni Goodshed Yard, Manufacture of Concrete Barriers and Kisumu Port Revitalization, Mr. Manduku and others are suspected to have breached procurement procedure.

An investigations file by the Economic and Commercial Crimes Unit of the DCI seen by Citizen TV has suggest that Manduku oversaw the preparation of bills of quantity for eight firms without requisition forms from the user — the inland container depot in Nairobi for the Makongeni Goodshed Yard  project.

The split termed unprocedural with the aim of avoiding open and competitive tendering process is believed to have cost the taxpayer Ksh.506 million.

Investigations reveal that the companies were paid in full despite not completing the job, as Kenya Railways reclaimed its land and demolished the concrete.

In the Kisumu Port Revitalization project, Ksh.800 million was shared by seven companies despite the works having been projected to cost Ksh.100 million.

Investigators say a top official at KPA was pushing for the seven companies to be awarded the tenders.

Procurement regulations were breached to award the seven companies the tenders with detectives reveal that documents were forged to sanitise the process. Records recovered from the KPA finance department show how the loot was shared.

Investigators believe that Manduku directed that a Ksh.1.4 billion tender for the construction of 17,940 concrete barriers be awarded to 10 companies without following the procurement regulations.

Two senior KPA officials have told investigators that there was no need for concrete barriers. Even then, the barriers were grossly overpriced from about Ksh.10,000 to Ksh.79,000 a piece.