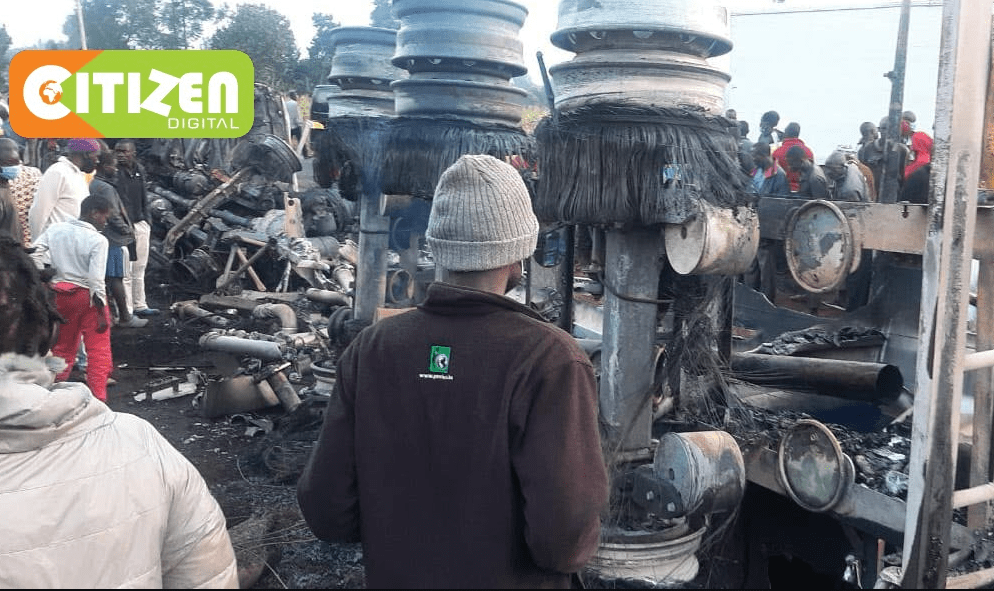 The death toll from the petrol tanker explosion at Malanga in Gem has risen to 17 after two more people succumbed to the severe burns they sustained during the Saturday night incident.

Siaya County Health CEC Dismas Wakla said the two, who had sustained more than 50% burns, succumbed at the Siaya County Referral Hospital where they were undergoing treatment.

On the fateful day of the incident, 13 people died on the spot at the scene and, according to Mr. Wakla, four more people have since also succumbed, raising the deaths to 17 at present.

Government pathologists have picked samples for DNA from the scene of the accident and from all the initial 13 bodies at Yala sub-county hospital mortuary.

The pathologists have reportedly managed to extract both blood and bone marrow from all the bodies, as well as samples from about 15 kins.