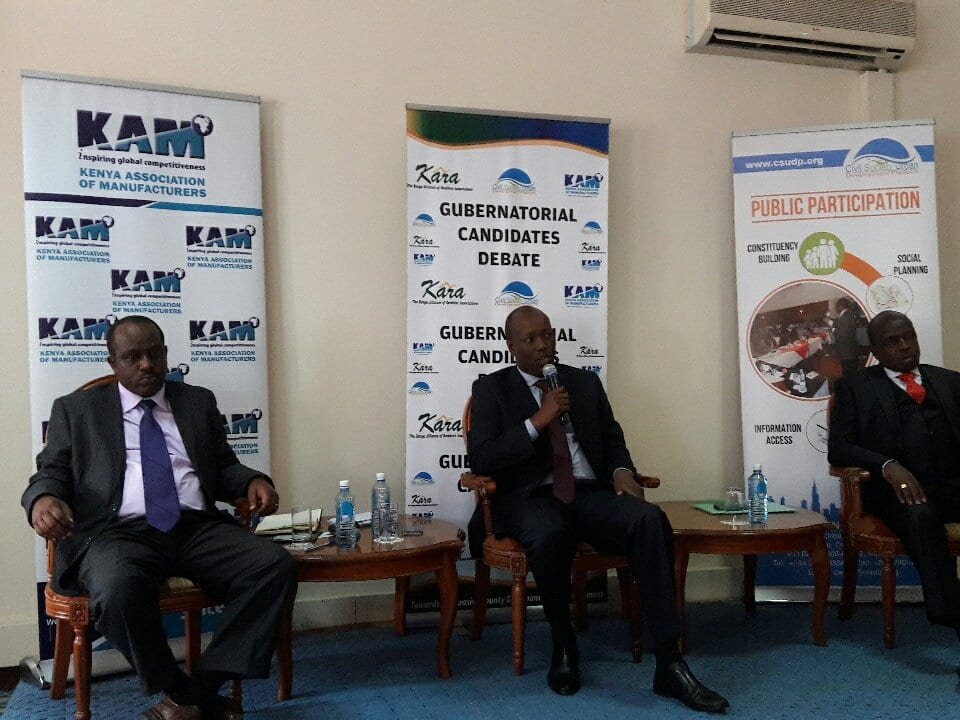 Speaking during the Nakuru County debate held at a local hotel, the candidates were in agreement that the current administration lacks prudency in financial management.

“I will encourage trade, my administration will put in place policies that will attract investors and reduce the cost of doing business, essentially I will provide a good environment for trade to thrive,” Kinyanjui said.

The former Nakuru Town Member of Parliament highlighted that public participation in critical areas like budget making will be key in his leadership adding that he will have regular addresses to the County Assembly akin to the President’s annual address to Parliament.

Former National Campaign Against Drug Abuse (NACADA) Chairperson, John Mututho, said that he will prioritize projects that will grow the cosmopolitan county’s economy and pledged to complete stalled projects.

“Nakuru is in a Ksh 5 billion debt, this County needs astute leadership I will ensure that my government avoid numerous foreign trips,” Mututho said.

CCM candidate, Dr. Koros, pledged to ensure fair distribution of resources adding that he will prioritize key projects that will benefit all residents of Nakuru County.

“This is a cosmopolitan county, my administration will be inclusive in its decision making and will be realistic on the programmes it addresses,” Dr. Koros said.

Senator James Mungai skipped the debate opting to send his running mate, Dr. Stanley Karanja, who was flagged off because the debate was only for gubernatorial candidates.

The five are in the race to succeed the incumbent, Kinuthia Mbugua who dropped his bid in favour of Jubilee’s Lee Kinyanjui.