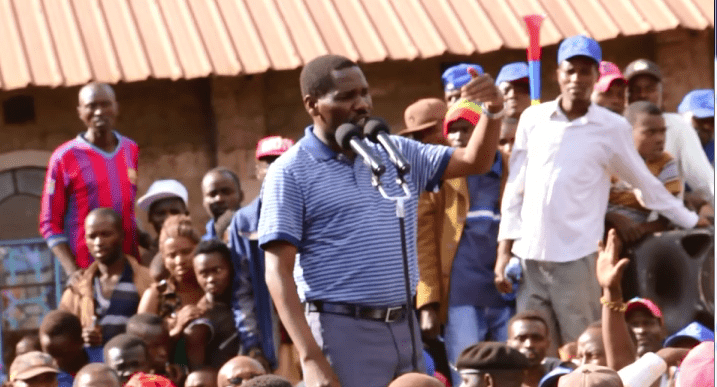 Speaking in Igembe North sub-County, Governor Munya said the Ministry of Agriculture has derailed plans to re-establish miraa markets by classifying miraa as a harmful drug.

“Agriculture Cabinet Secretary Willy Bett has listed Miraa as a drug again. The crop was classified as a cash crop recently and research has shown that the crop does not harm the health of a person. Therefore the CS has erred and should remove the crop from that list because the move will affect local farmers,” demanded Munya.

Governor Munya’s demand comes in the wake of Agriculture ministry’s classification of miraa as a dangerous drug harmful to human health in line with international conventions contradicting recent findings by government scientists which gave the shrub a clean bill of health.

The United Nations classifies khat on Schedule I, listing miraa among the most dangerous abused substances which are unfit for human consumption.

In the new National Protocol for Treatment of Substance Use Disorders in Kenya 2017, the ministry classified miraa alongside, cocaine, ecstasy and amphetamines.

In April this year, President Uhuru Kenyatta directed the national treasury to release 1.2 billion to implement the recommendations of a task force he had formed to address the challenges facing the sector.

The former Council of Governors Chairperson further waived all the fees charged in the local markets to reduce the burden on farmers facing experiencing challenges during the drought season.

“I have waived all the fees charged in our local markets during the drought period so we reduce the burden on our farmers,” Munya said.