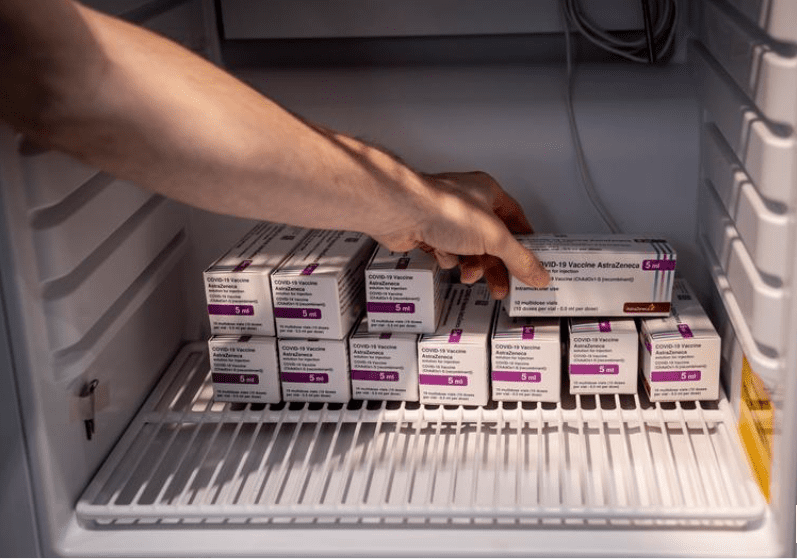 Denmark on Wednesday became the first country to stop using AstraZeneca’s COVID-19 vaccine altogether over a potential link to a rare but serious form of blood clot.

The decision will push back the scheduled conclusion of Denmark’s vaccination scheme to early August from July 25, health authorities said.

But that new timeline assumes it will start using the Johnson & Johnson vaccine, whose rollout in Europe has been delayed over similar clotting concerns and the use of which Denmark has suspended. That shot comprises around a third of the country’s total contracted supply.

“We have therefore chosen to continue the vaccination programme for all target groups without this vaccine.”

Astrazeneca said it respected Denmark’s choice and would continue to provide it with data to inform future decisions.

“Implementation and rollout of the vaccine programme is a matter for each country to decide, based on local conditions,” the Anglo-Swedish company said.

It said the risk of dying from COVID-19 was much greater than the risk of mortality from rare side effects, but left it to individual states to make their own risk assessments and decide how to administer the vaccine.

Many countries in Europe and elsewhere have resumed using the shot, with some restricting it to certain age groups, mostly those aged above 50 or above 60.

Brostrom said joint studies based on Danish and Norwegian health data estimated that one in 40,000 people vaccinated with the AstraZeneca shot could expect to experience this serious complication, with nothing conclusive related to age or gender.

He said Denmark had come far in inoculating the elderly population most at risk of contracting a serious form of the virus.

Future target groups for vaccination had a lower risk of that. “This must be weighed against the fact that we now have a known risk of serious harmful effects … with the COVID-19 vaccine from AstraZeneca, even though the risk in absolute numbers is small.”

So Denmark’s decision should solely be seen in a Danish context, and “I understand very well why other countries will use it,” he said.

Denmark was the first country to initially suspend all use of the AstraZeneca vaccine in March over safety concerns.

Almost one million of the country’s 5.8 million population have received their first shots, 77% getting Pfizer-BioNTech’s vaccine, 7.8% Moderna’s and 15.3% AstraZeneca’s.

Denmark is in the process of easing restrictions after its daily COVID-19 infection rate slowed to 500-600 from several thousand in December.