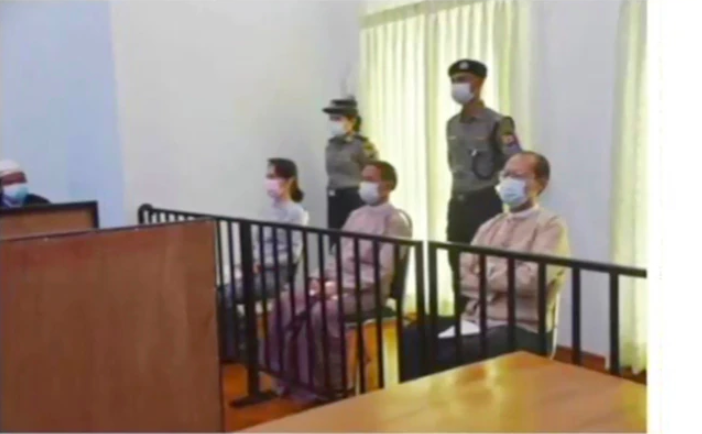 Aung San Suu Kyi, Myanmar’s deposed civilian leader, went on trial Monday in the capital, Naypyidaw, on two of several corruption-related charges filed against her by the military junta that seized power more than four months ago.

The 75-year-old Suu Kyi is facing charges of illegally possessing unlicensed walkie-talkies and violating COVID-19 restrictions while campaigning during last year’s parliamentary elections. Her lawyers have told reporters they expect the current trial to last until the end of July.

The Nobel Peace laureate has been detained since February 1, when her civilian government was overthrown nearly three months after her National League for Democracy party scored a landslide victory in the elections. In addition to the previous charges, Suu Kyi has also been accused by authorities of breaching the Official Secrets Act, inciting public unrest, misusing land for her charitable foundation, and accepting illegal payments of $600,000 in cash plus 11 kilograms of gold.

Phil Robertson, the deputy Asia director for Human Rights Watch, said in a statement Monday that all charges “should be dropped,” resulting in Suu Kyi’s “immediate and unconditional release.”

The junta has cited widespread electoral fraud in the November 8 election as a reason for the coup, an allegation the civilian electoral commission denied. The junta has threatened to dissolve the NLD over the allegations.

The coup triggered a crisis in the Southeast Asian country that led to deadly anti-junta demonstrations and clashes between several armed ethnic groups and the ruling junta.

In a campaign to quell the protests, the government has killed more than 800 protesters and bystanders since the takeover, according to the Assistance Association for Political Prisoners, which tracks casualties and arrests in Myanmar.