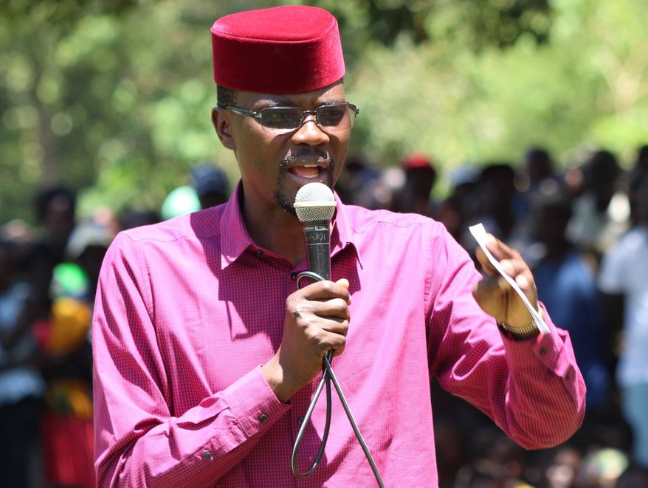 Kimilili Member of Parliament Didmus Barasa was on Tuesday freed on a Ksh.100,000 cash bail after pleading not guilty to fraudulently selling a car worth Ksh.450,000 in Kitengela in 2017.

Barasa appeared at the Kajiado Law Courts where, according to the Office of the Director of Public Prosecutions (ODPP), he was charged with obtaining Ksh.450,000 from John Irungu Mwangi pretending he was in a position to sell him a car.

The ODPP added that the MP faced a second count of fraudulent disposition of mortgaged property.

The legislator however accused Mr. Mwangi of breaching the agreement saying the sale was made through an intermediary on a willing buyer-willing seller basis.

The MP, through lawyer John Khaminwa, further accused the businessman of seeking to extort him “under the guise of compensation.”

Lawyer Khaminwa further stated that his client had been subjected to “untold mental anxiety” alleging that Mr. Mwangi had colluded with police officers to intimidate and frustrate him.

“The intimidating, oppressive, unreasonable and threatening conduct and behaviour of the police officers is causing the MP to suffer untold mental anxiety with serious ramifications to his mental and physical state in complete contravention of his rights.”

Kimilili MP Didimus Barasa Wekesa charged at Kajiado Law Courts with obtaining kshs 450,000 from John Irungu Mwangi pretending he was in a position to sell him a car. He faced 2nd count of fraudulent disposition of Mortgaged property.
# #AntiCorruption_ODPP