Disquiet grows in NASA over sharing of Parliament slots 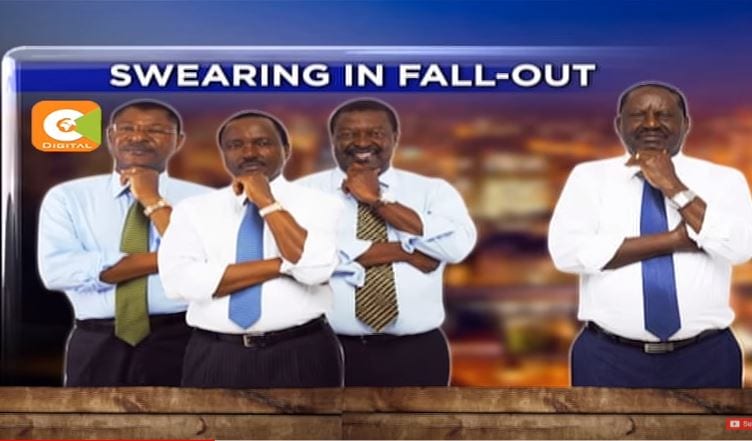 Cracks have emerged in the National Super Alliance (NASA) over the sharing of slots in the Parliamentary Service Commission (PSC) with Parliament expected to constitute a seven-member committee today.

However its full constitution may not be achieved anytime soon with Minority Leader having asked for more time to allow the opposition to solve the sibling rivalry between ODM, Wiper Party, ANC and FORD Kenya.

Before the confusion, NASA had already presented the names of Homa Bay Woman Representative Gladys Wanga and Malindi MP Aisha Jumwa from the National Assembly as well as Vihiga Senator John Khaniri from the Senate.

During Jubilee Party’s Parliamentary Group meeting on Tuesday, Jubilee MPs were reportedly instructed to ensure Wanga and Khaniri do not sail through because of their strong criticism of President Uhuru Kenyatta.

It is alleged that the move is aimed at giving Momanyi an easy passage.

They were reportedly asked to back Nominated Senator Beth Mugo, Kericho Senator Aaron Cheruiyot, Eldas MP Adan Keynan and Taveta MP Naomi Shabaan amid murmurs of a soft rebellion against Mugo and Shabaan.

With NASA asking for more time, Jubilee is likely to approve all of its nominees which means PSC will have the necessary numbers to start its work even without membership from NASA.

Sources indicate that there are plans to reorganise NASA’s leadership especially in the Senate with the plan being to punish those who skipped opposition chief Raila Odinga’s swearing in ceremony on January 30.

NASA co-principal and Minority Leader Moses Wetangula is one of those believed to be targeted for skipping the controversial event.