Divers locate one body in flooded Indian mine after 35 days 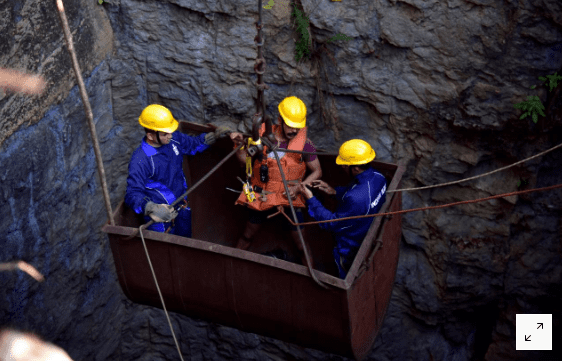 Indian navy divers found the body of one of 15 miners who went missing in a flooded coal mine in a remote corner of the country more than a month ago, officials said on Thursday.

Rescuers have been struggling to pump water out of the 370-feet-deep illegal “rat-hole” coal mine in the northeastern state of Meghalaya where the man had been trapped for 35 days.

“One body has been detected by Indian Navy divers using a remotely operated underwater vehicle at a depth of 160 feet,” the navy said on Twitter.

“The body has been pulled up to the mouth of the rat-hole and shall be extracted out of the mine under the supervision of doctors,” it’s said.

The mine, located at Ksan near the village of Lumthari in Meghalaya, became flooded after 15 miners went down the narrow pit on Dec 13th.

A police official who asked not to be identified, said a team of doctors, paramedics, and ambulances had been sent to help recover the body.

The slow progress of the rescue efforts has been contrasted with the dramatic rescue of 12 Thai boys and their football coach from a flooded cave last July, which drew a massive international audience.

Body in a flooded coal mine in India