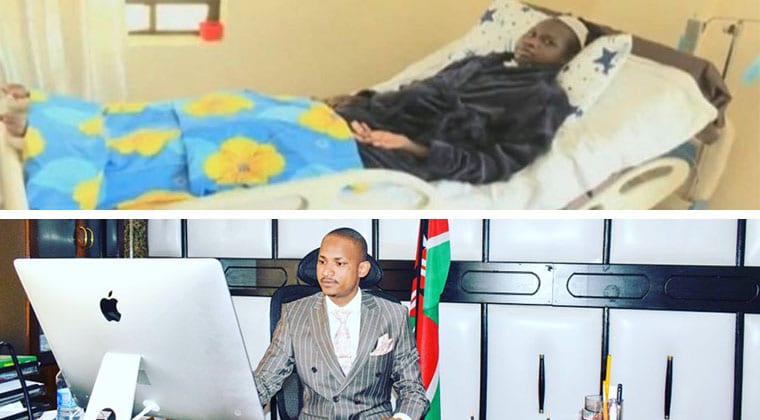 A Nairobi court was on Wednesday told that the family of Felix Orinda popularly known as DJ Evolve and Embakasi Member of Parliament Babu Owino are presently in talks to have the attempted murder case against the legislator settled out of court.

The prosecution told the court that the two parties have made “tremendous progress” in their deliberations and that there are just a few remaining documents that they are expecting from the accused person.

“We are at the last stage of deliberations…we are requesting for a later date to confirm the position. We don’t have the documents as at now (so) we could not present our brief to the DPP,” the court heard.

The matter was set for mention on July 28, 2021 for further directions.

Babu Owino, who is currently out on bail, is charged with the attempted murder of DJ Evolve after he shot him on the neck at B-Club in Kilimani in January 20, 2020.

DJ Evolve in October last year sought to have the case against the lawmaker withdrawn.

Through his lawyer Kenneth Mumbo, the DJ told the court that after intense deliberations with his family, they agreed that he concentrates on his situation rather than the pending case.

DJ Evolve said the case had affected his healing process due to divided attention.

However, at the time the DPP retorted saying they needed more time to assess DJ Evolve’s mental state as well as the motivation behind the move before withdrawing the charges.

The application was in March this year however dismissed by the court, with Trial Magistrate Bernard Ochoi noting that the unconditional withdrawal of the case was not appropriate, further directing the legislator to come out openly and tell the court what he had offered the DJ’s family.

The Magistrate said that the court had also not been told whether compensation had been made, despite the serious injuries suffered by the DJ.

Magistrate Ochoi, however, noted that the involved parties were at liberty to engage.