Do not joke with our votes – Ruto tells IEBC 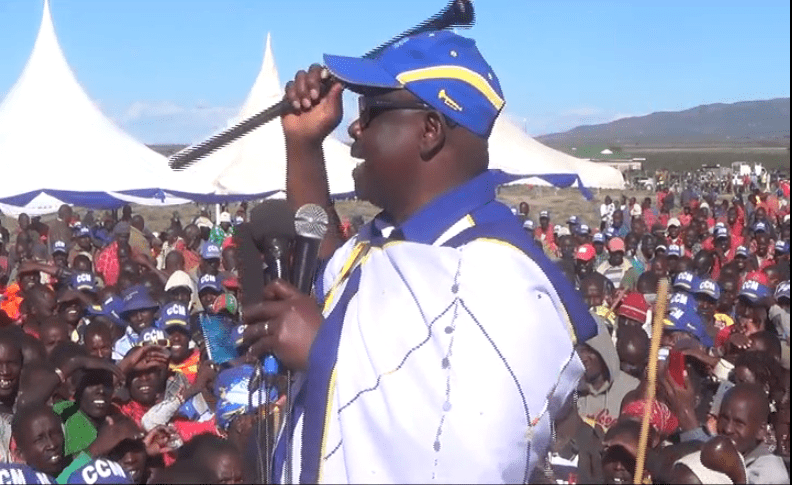 Bomet Governor, Isaac Ruto, has called upon the Independent Electoral and Boundaries Commission (IEBC) to make sure that they have conducted a free, fair and credible August 8 General Election that will speak the voice of Kenyans.

Speaking during a campaign rally in Narok West on Wednesday, May 24, the Chama Cha Mashinani (CCM) party leader urged the Kalenjin nation and Kenyans at large to change allegiance and support the opposition, National Super Alliance (NASA), as it is the only solution to a Jubilee administration that has failed to transform the country and engaged in massive corruption scandals.

“We are warning Jubilee not to interfere with elections, let the people decide who they want to vote for. Narok people have decided to vote for Patrick ole Ntutu and Raila Odinga. We want a tribal-less Kenya and NASA is the new ship to transform our country and everyone is aboard the ship,” said the Bomet Governor, who is charge of NASA’s presidential campaigns in the Rift Valley region.

According to Ruto, Jubilee is to blame for the shortage of sugar and maize commodities claiming that the ruling faction has stolen public money to use it to bribe poll officials during the General Election, while expressing his regrets having campaigned fiercely for Jubilee to ascend power in the 2013 general polls.

“The Maasai community has decided to vote for me as their governor, let no one try to play with our votes because there are rumors that Tunai’s camp might want to change the election outcome,” said Mr. Ntutu.

On his part, Narok West parliamentary aspirant on a CCM ticket, Gabriel Tongoyo, praised the outgoing MP, Patrick Ntutu, for his exemplary performance in matters development in the constituency, while urging residents to vote for him to be governor of Narok.